A Typical Percentage for Steakhorses?

Poolplaya9 said:
Sorry you still don't get it, but as great as you might think you were as a stake horse, you are not some exception to the laws of basic math as you hold yourself out to be. If you were backing matches 50/50 that truly were never sucker matchups where your player was at least 2 to 1 favorite, which is exactly what you claimed, then you lost money. Run the numbers yourself and see. Here, I will do them for you.

You back your player for $1000, and he wins. You are now up $500 because your player got the other half. You back your player again for $1000 against another guy, and he wins again. That nets you another $500 and now you are up $1000. You back your player a third time for $1000 against another guy, and this time your horse loses, costing you $1000, and now you are back to zero, even. Your guy is winning at a rate of 2 to 1, and the best you can do is break even. But you said you were always backing players in tougher games than that, so you lost money, period, and just didn't know enough to realize it. Most don't.
Click to expand...

He may have been staking him mostly in tournaments which would be a different cattle of fish esp if the tournament pays deep. In 121 matchups I agree.

Ratamon said:
He may have been staking him mostly in tournaments which would be a different cattle of fish esp if the tournament pays deep. In 121 matchups I agree.
Click to expand...

Backing players in tournaments is for sure a whole different can of worms, and actually quite a bit more complicated as far as calculating a fair backer/horse split arrangement, and what is or isn't a good investment for the backer. But he was repeatedly mentioning 1 on 1 match ups in his posts, as was I.
M

terpdad said:
If they can't spell stake properly, they can probably be taken advantage of.
Click to expand...

Do you feel better about yourself now that you pointed out somebody spelled a word wrong?

Silver Member
Have a backer removes an element of distraction. Not your money at risk.

Maybe player play better with non of their

Back in the 90s I had a kid that could not get no more action and started to use me. 50/50. I was golden which is bread. When I played out on my own with my own dough, I shoot to conservative. Like I was scared to make a mistake, I had a hard time opening up and doing my thing. When he my buddy used his bread I had not a care in the world if I lost I would not get nothing, but I win I get half.I always came out on the good with him. When I was on my own not so good sometimes. Now I just got back in the game since a 22 year layoff not shooting bad but nothing like I was. I have an excellent job. And dough doesn’t mean much to me. But I have my eyes on a young horse that is pretty impressive. That I believe I want to be the bread giver and let this young horse run.

Gold Member
Silver Member
Even though I don't get involved In the gambling scene I have been around it and heard numbers thrown around. It was usually 60 percent to the stake horse and 40 for the player. Sometimes 50 50 split. On really big dollar matches it might go 75 25.

Gold Member
Silver Member
You have to go long term with the agreement like Jay mentions that the player pays arrears before the split. To do a fair split that amounts to exactly the same thing makes the player's split seem horrible! The player can raise his hand and holler and get a better split at any action pool room.

The problem is those arrears will constantly eat into the backer and in truth it is almost impossible for the typical backer to make money. They are more like horse players. They make money remembering the wins but forget the amount they were starting in the hole.

The varying bet can also contribute to the "winner" myth. You can tear up the road for weeks betting hundreds and see that disappear in a night betting thousands. You may have won ten bets for every one you lost but you lost money and that is all that matters.

Some players need at the least a money .manager. I remember Richie Ambrose telling me he won 90 percent of the time but was usually broke. He never knew when to quit.

Then you had guys like Jim Matz who could go on the road with almost no money and come back pumped up. Some players just know how to win as well as manage their money.

I remember a documentary about Pimps on HBO years ago. They asked the pimps and the Hoes what they percentage split was. Every one of them said 100% to the pimp and 0% to the Ho. But the pimp fed, clothed, and paid for the hoes to live.
G

Silver Member
Very subjective topic. Most stakehorses HAVE money and the player has NONE. So the percentage varies based on how good of friends they are, past transactions, etc. Never been a big staker myself but i usually did 60-40.

Big money games are a whole different story as someone else mentioned on here. It's a free roll for the player and a big risk for the backer. I remember when they called Tang to come to Baton Rouge to play Flyboy (late 90's), who had no idea who Tang was or how good he played. Tang got him for 35K and they gave him 7K his end (20%). He called me to complain about it, and I asked him how tough a game it was. Tang goes into a long dissertation about what he had to do to keep him playing, stalling and even letting him win games. So I told him that's why they flew you out there. They needed someone unknown who could win easily, so their money was not in serious jeopardy. They didn't want to be gambling too much against a guy with a big bankroll. I told Tang he did his job and he got paid for doing it. End of conversation.

SlateMan said:
I remember a documentary about Pimps on HBO years ago. They asked the pimps and the Hoes what they percentage split was. Every one of them said 100% to the pimp and 0% to the Ho. But the pimp fed, clothed, and paid for the hoes to live.
Click to expand...

Silver Member
So Jay, who was flyboy and how good was he? On 2nd thought..probably deserves it's own thread?

Ha Ha. I'm not going too far down that rabbit hole. Flyboy was and is a friend of mine. I played him several times back in the day. Like me he played a lot better as a young man than as a senior citizen. He was a triple sharp gambler though and always held money. Top notch poker player to boot. 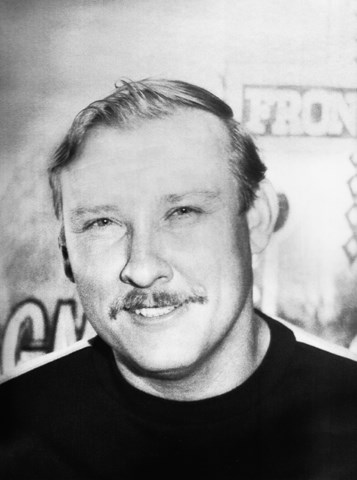 Celebrate the life of Jimmy Spears, leave a kind word or memory and get funeral service information care of .

Would bet high enough to give a lot of players a nosebleed. Back in the mid-90's Walden beat him out MAJOR coin. Talking 6figure score.

u12armresl said:
I'm not broke. Staked that way for almost 20 years.
Even put a post on here if there was a person who was looking to travel to tournaments with that arrangement, I'd be interested in talking with them. 0 replies.
Click to expand...

You played it smart.

I’ve done some staking but I have done 30%-50% depending on the circumstances and if it was a corporation stake or just me.

At the end of the day I’m ahead. I got tossed off for $500 once, it was a tester to see if the guy was honest. Man I’m glad he tossed me for $500. Saved me tons-I’d never stake him again and he’s still playing hi stakes pool. Cheap lesson for me.

It’s possibly to pay 50% and win. The guys who put me in the box overall were net winners over the years.

picking the right spot/player/game is what it’s all about.

hope you been good arm