Silver Member
Rating - 100%
84   0   0
Decided to put this phone back up for trade. I have used the phone a little since my last post. Just want to be up front about that but the phone is mint. I have had the phone unlocked by Verizon now so you can use it on any international GSM network. It will not work on a GSM network here in the States. I am looking to trade for something like a nice sneaky or plain jane. Let me know if you have any questions. If you got pictures of what you want to trade post them in the thread if you can. Cause my buddy is liable to buy if I dont trade for it. I had this posted before and never could get the right trade to come across.

I will throw in this Joss as well for the right cue.


stanley rupard said:
What are you looking for. I have a butterfly Bob Schurtz worth around 600.
Click to expand...

I dont really like butterflys that much. Looking for maybe a super nice plain jane or something with points. Let me know what you have.

Silver Member
Rating - 100%
129   0   0
Just a quick question is this an unock version? or does it require jail break? if its unlocked I might have some goodies up for trade 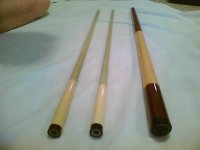 You want to trade?
T


My wife and I both got a 4s on Fri thru the AT&T store. Thru a mix up one was delivered to the store and the other to our house. The one delivered to the store worked without any problems. We were changing carriers and because of the volume it took my phone three hours to become activated. My wife's that was delivered at home was still not activated by Sat morning, today. She called AT&T and was on the line for over one hour trying to get the problem solved. After talking to 4 different people it was decided that the SIM card was at fault. Had to go to the AT&T store to get it corrected. Spent over one hour there trying to get it activated. Was told that there are thousands that had the same problem. Just some background just in case you have a problem. 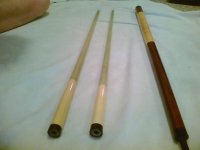 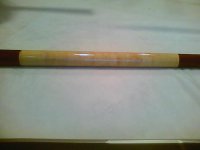 Silver Member
Rating - 100%
84   0   0
Bump....had some great offers just not found the perfect trade yet. keep the offers coming. like to have this traded by monday.

sir this is the cue i want to change with your phone hope you like it sir thanks p.m. me your kindfull comment thanks you. . .