Can the IPT be a profitable bussiness for Mr.Ho ?

Silver Member
After sitting by my computer and watching LIVE pool for the past few days, it got me wondering.I was thinking to myself when the IPT goes to Asia, how many Asians are going to sign up for LIVE streaming video as well.The population of Taiwan alone is 23 million.The population of the Phillipines is nearly(many very poor, I know) 88 Million. In those two countries, people are absolutley ecstatic about pool.It's easily at least the number two sport in those countries.Then there's the rest of the world(6.7 billion) as well.How many people in the USA/Canada watch pool on TV?

I mean for a $29 membership and only $6 a month, it's a steal of a deal.
If a half a million viewers sign up Worldwide,then thats 3 million per month alone in revenue and close to $14.5 million more in in signup revenue from those half million.Then there's revenue from the qualifiers which are yes very expensive to enter, yet the turnouts for them seem to be good.Also Mr. Ho will make cash from gamblers betting on his IPT events and there could be TV contracts signed in Asia as well.If the IPT is to be successful finacially, then I think Asia, particuliarily Taiwan is the key.

If the IPT can get at least 166 thousand people(1/3 of a 1/2 million) to sign up for live video at $6 per month then that alone will be 1 million per month in revenue and 5 million in signup fees.

If the IPT has a tournament a month and offers prize money of 1 milllion per tourney, then those 166 thousand internet watchers will be enough to cover the prize money.

These are lofty numbers I've put up and perhaps unrealistic goals that the IPT faces. I know that there are a lot of other expenses that the IPT must pay to get these tournaments running.They need to pay staff,rental for the venues, etc etc.They would also have to spend money on marketing to get the word out there about their live internet viewers to sign up etc etc


Some questions I put forth.

How many internet watchers do you think the IPT has a reasonable chance to signup?

Is a TV contract in Asia an unrealistic expectationl for the IPT?

Can Ho make any reasonable money on IPT gambling revenue as Asians bet on the event?

Is pool a viable sport that can attract a fan base and sell?

Ho as the apparent 84th richest man has enough cash to suffer losses in the first few years as the IPT attempts to take off.

Will he eventually be able to turn a profit.Yes or no?

Silver Member
I think your numbers are probably pretty accurate. It may take 2-3 years to get into the 100,000 range of subscribers, but when you consider Europe as well, I think there will be a big enough pool of internet spectators to meet those numbers.

The key is developing the infrastructure to handle streaming with a high volume of customers. That will take some money to set up properly. If the streaming technology isn't established at high enough quality, people will be quick to drop their membership, IMO.
O

Can the IPT be profitable? Of course it can. How? By having multiple revenue streams and lot's of exposure and promotion. The PGA is not profitable because of the fact that hundreds of thousands of golfers watch golf and buy golf stuff. It is profitable because of the millions of golfers and golf fans who watch golf and buy stuff period. Because the PGA can provide a platform that appeals to a large enough part of society advertisers want to be a part of that.

I would argue that pool has the widest cross section of avid fans and is a perfect platform to build interest in it's characters. To this end it will require signifigant investment. Kevin Trudeau is making that investment. If it is true that there will be an aquistion of sorts then I believe that there is also a committment to invest even more in the success of Kevin's vision.

Ho Casino did not buy the IPT - they bought Kevin Trudeau's vision and are going to let him realize it with their backing. At least that's my take on it.

Silver Member
Asians are very fanatic; however, Mr. Ho is probably gonna go for air time in Asia and subscribtions for audience outside the region. Then if things go right, he will probably start airing feature matches just like Poker. There are quite a few big corporations in Asia who want to attach themselves to pool.

I think PPV is a much flexible option than subscription. I do like boxing, but I'm not willing to pay HBO for it every month.
Last edited: Sep 10, 2006

Silver Member
This thread seemed related the the US Open saying they would be broadcasted in Asian.

Business loves new kinds of excitement, it gets the fans gushing with excitement about "how big it can get." 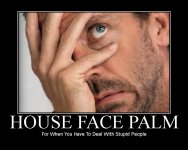