Fatboy said:
i love it, i had a tough day. Great timing.

Glad you liked it -- hope things get less rough for you! Now if I can just get my timing right on "other" things

Silver Member
You must visit Room 11! Silver Member
How to wash a toilet

1. Put both lids of the toilet up and add 1/8 cup of pet shampoo to the water in the bowl.

2. Pick up the cat and soothe him while you carry him towards the bathroom.

3. In one smooth movement put the cat in the toilet and close the lid. You may need to stand on the lid.

4. The cat will self agitate and make ample suds. Never mind the noises that come from the toilet, the cat is actually enjoying this.

5. Flush the toilet three or four times. This provides a 'power-wash' and rinse'.

7. Stand behind the toilet as far as you can, and quickly lift the lid.

8. The cat will rocket out of the toilet, streak through the bathroom, and run outside where he will dry himself off.

9. Both the toilet and the cat will be sparkling clean.

dfweyer said:
You must visit Room 11! 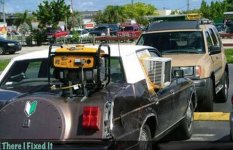 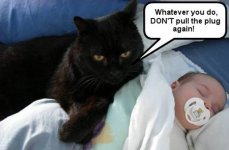 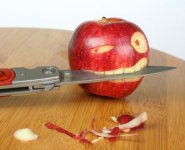 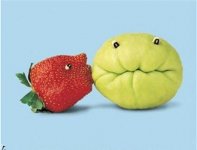 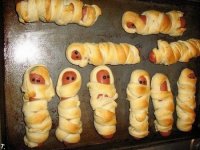 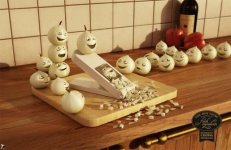 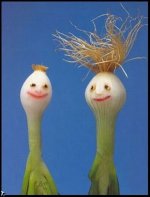 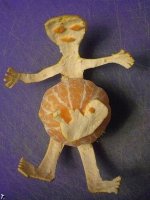 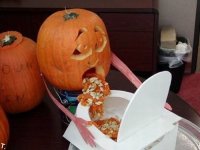 Silver Member
A man and his wife were awakened at 3:00 am by a loud pounding
on the door.

The man gets up and goes to the door where a drunken stranger,
standing in the pouring rain, is asking for a push.

He slams the door and returns to bed.

"Who was that?" asked his wife.

"Just some drunk guy asking for a push," he answers.

"Well, you have a short memory," says his wife. "Can't you
remember about three months ago when we broke down, and those two guys
helped us?

I think you should help him, and you should be ashamed of
yourself!" God loves drunk people too.

The man does as he is told, gets dressed, and goes out into the
pounding rain.

He calls out into the dark, "Hello, are you still there?"

"Yes," comes back the answer.

"Do you still need a push?" calls out the husband.

"Yes, please!" comes the reply from the dark.

"Where are you?" asks the husband.

"Over here on the swing set," replied the drunk. that is gonna leave a mark! yessir

What do you pick up George's poop with??? Bulldozer!

In honor of Chuck's birthday, 70 facts about him. Enjoy. Silver Member
while interest seems to be fading, or at least participation/contributions in this epic thread seem to be taken for granted lately... I was been watching for months the view count of our baby here... and I'd like to point out... we are officially less than 1000 "views" short of ONE MILLION VIEWS!!!!!!!!!!!!!!!!!!!!!!!!!!!!!!