Silver Member
That is hilarious and spot on.


KoolKat9Lives said:
Finally, men can now easily find out what a woman really means when she says something...

Silver Member
It only takes one man to make a village:

Silver Member
FRUIT comes in all shapes and sizes.:grin: 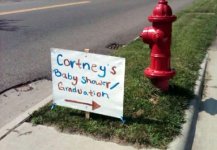 Silver Member
Real cause of spam

Silver Member
I have seen some pretty cool Pool related wallpapers over the years. He's my current one:

Silver Member
Bumpy bump for the best thread ever!

Silver Member
The following are some of the funniest pics I've ever posted... Not a pic - But sure is funny


Since I have just been rendered sterile (I hope), I proudly present -

First off, there are the drugs. You get two valium. You are supposed to pop
them down your gullet about a half hour before the procedure. Apparently
there was problem with guys clutching their privates and rocking back and
forth in crazy-eyed terror in the waiting room.

The doctors don’t like that. It’s bad for business. So they give you a couple
downers and hope that you don’t drool too much on their five-year-old
copy of Field and Stream.

Well, I’m a smallish person, so I only took one. I figured that one valium
would be plenty to get me mellow (and I would have a little party-pill
locked away afterward, should I ever want it.)

Important Vasectomy Tip #1. Take both pills one hour prior to your
appointment. I was sweating like a whore in church while I waited for
them to call my name. The drugs didn’t kick in until after I had a hole in
my sack.

The nurse led me to the operating room, and handed me a blanket. She
said I could use it for “privacy” after I took off my clothes. Privacy?
Wha? You’re going to shave my balls? What exactly am I going to
keep private?

I threw the blanket on a chair with my clothes and reclined in naked
glory.

When the nurse returned, she looked at me and smirked. She hefted
my unit up onto my belly and covered the top..oh, 18 inches or so
with the blanket “to keep everything out of the way.”

Then the doctor walked in, grabbed the razor, and got down to the
business of shaving my trembling, wrinkled scrotum.

Every time the nut-doctor went to shift anything, he’d give me a warning
first. “I’m going to work on the other side now.” It cracked me up.
Like I’m going to suddenly say, “Hold it, doc. You shave the left side,
and that’s cool. But you shave over Mr. Right, and I might turn gay.”

Once he was done shaving, he uttered the words every man dreads
when a he’s spread eagle, naked, in front of a stranger – “Nurse,
fetch the zucchini.” Just kidding. He said, “This is going to sting.”

Sting is what a bee does when you step on it. Sting is how it feels to
get shot with a BB gun. Sting is not the sensation of a needle boring
into your scrotum. There should be another word for that sensation.
A bigger, scarier word. A word like “strazoogalachalachowie.”

But no. I got “stung.” Then the Doc cut a hole in my sack and started
fishing around. My nuts wanted nothing to do with this. They retreated
to the back of the room and tried hide.

Vasectomy Tip #2 – It hurts. Don’t believe the guys who tell you
otherwise. When the most sensitive area of your body is opened up
and prodded, it hurts. Why there is even debate on this, is beyond me.

At this time, I think I need to send a special shout out to the women who
are reading this. Before you send me the “That’s nothing compared to
what a woman goes through during birth / hysterectomy / gang-bang”
email, let me just tell you to please shut your pie-holes. I know. Women
are tougher than men and we all know it. I’m sure if you ladies had
scrotums, you’d pound them with bricks and wouldn’t even flinch.
I don’t want to hear about it.

Vasectomy Tip #3- Valium is your friend.

Finally, mercifully, the valium kicked in. It was like being drunk – good
drunk, riding the crest of the perfect ethyl wave. I was high. I was, in
my opinion, a brilliant conversationalist. I was funny…no, I was hysterical.
Shucking and jiving with the professionals attending to my crotch, I didn’t
have a care in the world. A scotch and soda would be nice though. And
maybe pants. Ya, pants…

I was so busy laying down my drug-induced comedy routine that I barely
noticed when the doctor picked up what must have been H.R. Giger’s
crochet hook and stuck it into my sack-hole.

It was funny, in a Jackass sort of way. I almost made a joke about him
crocheting an afgan out of my vas deferens. But when he hooked Mr. Left’s
delicate tether, and tugged it out the hole, nothing was funny. It was a
baaaaaaaaaad feeling – sort of a cross between getting kicked in the ‘nads
and pulling your intestines out your ass.

The doctor cut the cord. He tied the ends into elaborate knots (either
Botswain’s whistle knots or jug-sling hitches, its hard to recall), and he
cauterized the whole mess with an industrial-grade soldering iron. Then
he repeated the process with Mr. Right’s plumbing. When the whole
thing was over, the doc crammed my wounded spaghetti back into the
sack and stitched it up.

For what its worth, getting stitches in my bag wasn’t as bad as it sounds.
It was already numb there. The bad part comes days later, when you get
your stitches caught in your underwear just prior to taking a pee in a
public restroom, and you nearly bite your tongue off trying not to squeal
while the guy at the urinal next to you pretends like he doesn’t notice
you gyrating and chewing on your tongue.

They say that the recovery period is supposed to last two to three days.
It took me about a week before I stopped trying to walk AROUND my
ice-covered crotch. I spent the week trying to avoid (with marginal success)
anything that might move, jar, strain, jiggle, or otherwise traumatize my junk.

Some of the post ballbag-cutting activities one should steer clear of include:
walking, running, driving a stick, sitting in any position that does not allow
you to keep your legs spread like a Tijuana hooker during Fleet Week,
and, of course, getting punched in the junk by a two-year-old child.

Explaining to Julie that “we need to be gentle with Daddy” from a fetal
position on the kitchen floor was not one of my better moments in parenting.

There were a couple longer-term effects too. Effect #1 was the bruising.
I won’t go into details here, but let’s just say “stuff turned black.”
Effect #2 was that I carried around the low-grade got-whacked-in-the-
cajones-half-an-hour-ago feeling for about a month.

But it’s over now. And I thank the gods of modern medical science
that the operation did not go south like the one on my foot. I don’t
know if I could have dealt with packing an infected scrotum with
sterile gauze.

Am I glad I did it? Hell yes. They say that after the surgery, a married
man can go from having sex once a month, to TWELVE TIMES a year! 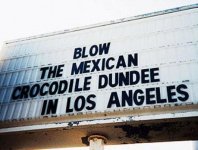 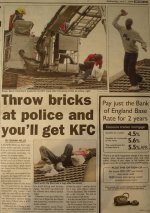 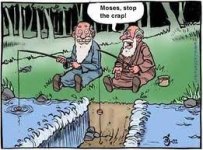 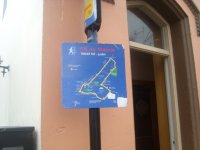