German Masters snooker: Schedule, results, how to watch on TV :​

German Masters snooker: Schedule, results, how to watch on TV

Get all of the results from the German Masters which took place in Berlin in January.

HISTORY OF THE BILDBET GERMAN MASTERS :​


HOW TO WATCH THE BILDBET GERMAN MASTERS :​ 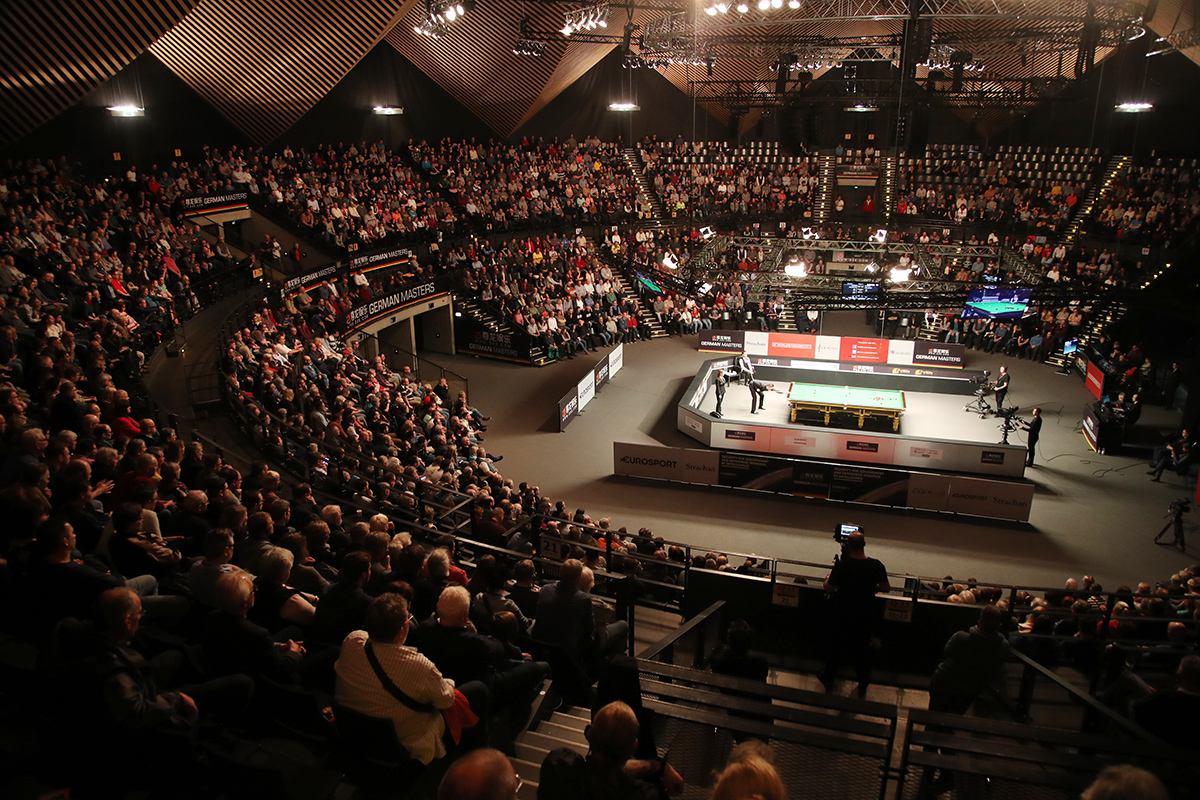 How To Watch The BildBet German Masters - World Snooker

This week’s BildBet German Masters runs from Wednesday to Sunday at the marvellous Tempodrom venue in Berlin. Judd Trump is defending the title in a strong field. For ticket details click here, or if you can’t make it to Berlin, you can watch the action live from anywhere in the world. Here’s...

Bets placed in accordance with our Market Rules

In his latest column for the Eurosport website Eurosport commentator Dave Hendon reflects on the absence of Ding Junhui from the upcoming German Masters. Yet there will still be eight representatives for China and Hendon looks at the influence of Junhui on the circuit, and how one gamble made it all possible. :​

The Players Championship rankings race concludes this week with the 16-player field set to be confirmed following the conclusion of the upcoming German Masters.

Based on the money-list rankings from this season alone, only the most in-form competitors from the campaign will take part in the lucrative ranking tournament in Wolverhampton early next month.

Hossein Vafaei’s maiden ranking success in the Snooker Shoot Out on Sunday ensures that the Iranian will feature at the Aldersley Leisure Village.

Mark Allen, Zhao Xintong, and Luca Brecel are other notable names who will definitely be participating in the competition that carries a top prize worth £125,000.

However, there are several heavy-hitters who will need a solid showing at the Tempodrom this week to guarantee their spots in the Players Championship race.

Judd Trump is currently in 12th place provisionally but only boats a £5,500 advantage over Anthony McGill, who stands just outside the reckoning in 17th.

World number one and reigning world champion Mark Selby is in danger of missing out as things stand, languishing below the cut-off line in 18th provisionally.

The likes of Stephen Maguire and Shaun Murphy are other familiar faces who have work to do in Germany if they are to qualify for the Players Championship.

Stuart Bingham, in 20th place overall, is the only current top 16 member who certainly won’t be involved in the second leg of the Cazoo Series having failed to qualify for Berlin.

There is an £80,000 champion’s cheque on offer for the German Masters winner, £35,000 for the runner-up, and £20,000 for the losing semi-finalists, so a lot can still change in the Players Championship rankings before the end of the week’s play.

Prior to the start of the German Masters

Welcome to Eurosport's live coverage of the 2022 German Masters. In 2021 the event was won by former world champion Judd Trump as part of his magical season. Trump will be the top seed in a field containing the likes of Mark Selby, Neil Roberton and Mark Williams. The latter pair are both in action today with Williams headlining the early session and Roberton the late session. :​

Since his win over Luca Brecel in the final in York, Zhao had been beaten in the first round of the World Grand Prix, The Masters and the Shoot Out. The Uk Championship winner did not find his best form at the Tepodrom in Berlin, but a couple of telling contributions got him over the line and into the last 16. :​

Judd Trump was given the evening off, as he was handed a bye into the last-16 on account of Gao Yang's withdrawal from the event. Trump will not have to contend with Masters champion Neil Robertson at the Tempodrom in Berlin as he suffered a shock defeat to Ricky Walden in the last-32 on Wednesday evening. :​

Neil Robertson looked knackered and didn't want to be there to be honest . Nothing to do with the fact I lost a few of Her Majesty's betting him to win the next frame of course .

Berlin’s Brief: Back at the Tempodrom :​


Liam Highfield: ‘I spent a long time over the years in hospital’ :​

Both my sons got diagnosed with Chron's and my eldest son spent time in hospital until they figured out what was going on so when my youngest son had the same symptom's he got early treatment . I sure ain't no doctor but life in the fast lane and eating on the go is no good to anyone , however let's move on..... 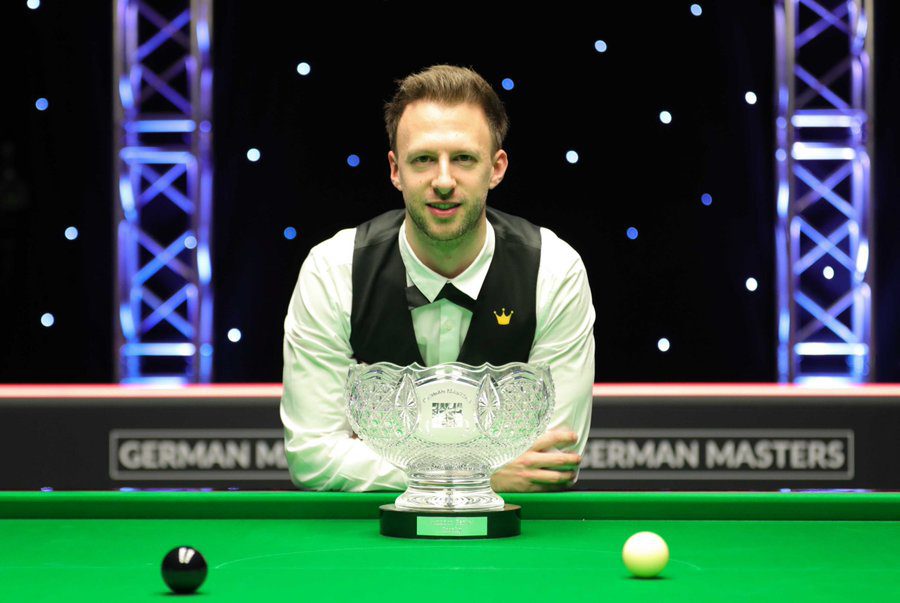 The snooker schedule continues to gather momentum in the second half of the season with the 2022 German Masters set to commence on Wednesday. A host of decorated snooker stars begin their quests for glory at the 2022 German Masters in Berlin on Thursday.

It's all happening here , Yan played a snooker , dodgy rest of the balls , electronic scoreboard fried so they're using the club scoreboard , referee vanshed you couldn't make it up if you tried !

Judd Trump arrived at the Tempodrom in Berlin looking to win the German Masters for the third year in a row. This year's renewal is a lot different from 12 months ago, as the players are in front of a crowd as opposed to an empty arena at the Marshall Arena in Milton Keynes. Crowd or not crowd, it all come alike to Trump who swept aside Zhou Yuelong. :​

Mark Selby was in ruthless form in Berlin, dispatching veteran Barry Pinches with ease, while Mark Allen twice hit a century break on his way to victory. Shaun Murphy and Ken Doherty are also in action later, while defending champion Judd Trump features in the evening session. Stream the German Masters and other top snooker live and on demand on discovery+. :​


GERMAN MASTERS: 'WOULD I EVER WIN ANOTHER TITLE?' HOW BERLIN INSPIRED RONNIE O'SULLIVAN'S GLORIOUS REBIRTH A DECADE AGO​

Ronnie O'Sullivan was in danger of failing to qualify for the 2012 World Championship before he made the trip to Berlin for the German Masters a decade ago. The six-time world champion trailed 4-0 to Andrew Higginson in the first round before completing a remarkable recovery that remains a pivotal moment in his golden 30-year career. Desmond Kane reflects on the Rocket's revival in Germany. :​

The Tempodrom in Berlin is hosting the first event outside the UK since the coronavirus pandemic began. Shaun Murphy has made the trip to the German Masters desperate to find form after a tough season as he bids to secure his place in the top 16 and a spot at the Players Championship. :​

Shaun Murphy overcame a poor start to claim a 5-4 win over Kurt Maflin in the last-32 of the German Masters.

“Hopefully I can get myself better and by speaking out I can help a lot of other people,” Mark Selby said in his press conference following victory over Barry Pinches in the last-32 of the German Masters at the Tempodrom in Berlin. “There are a lot of people out there that you don’t know are suffering.” :​

Mark Selby has admitted he may take time away from snooker if the pressures impact on his mental health.


German Masters snooker: Schedule, results, how to watch on TV :​

German Masters snooker: Schedule, results, how to watch on TV

Get all of the results from the German Masters which took place in Berlin in January.