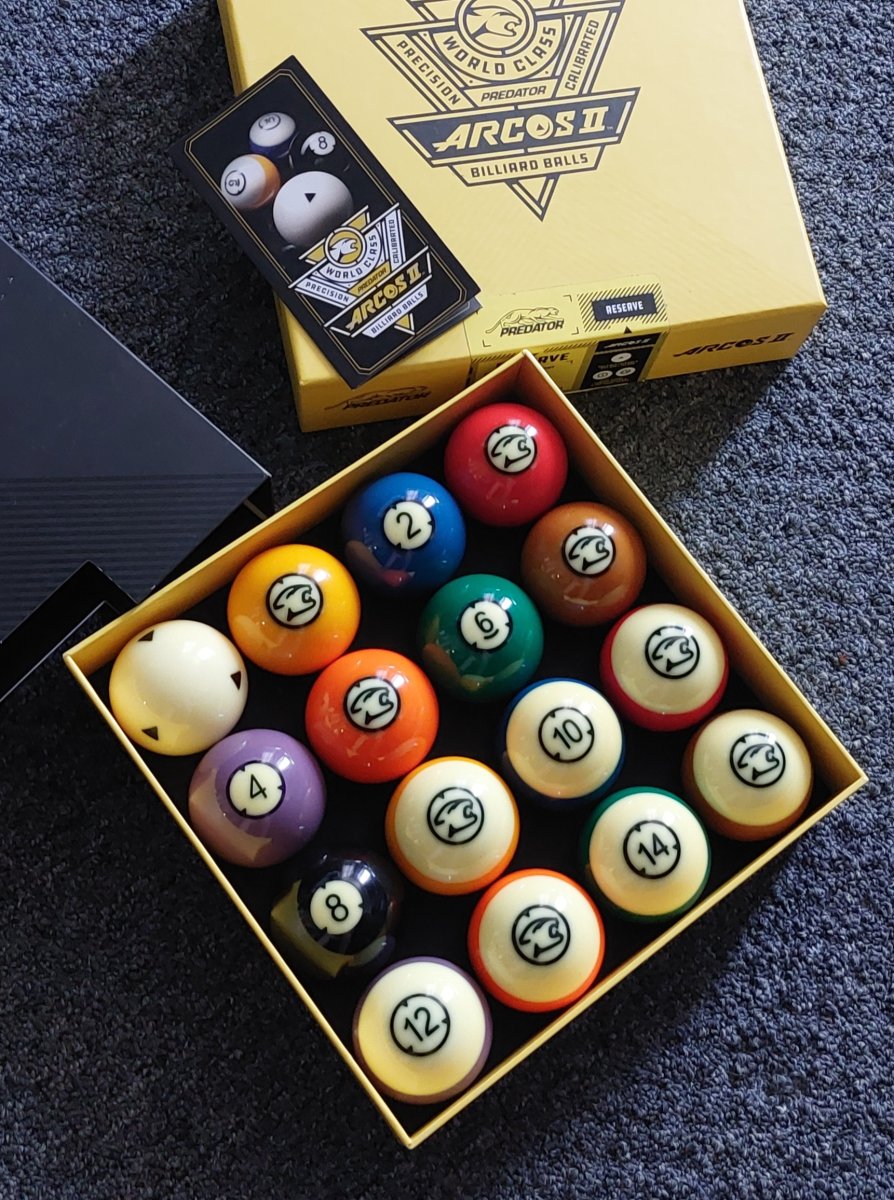 Latest addition to my collection.

You will absolutely LOVE these Arcos II Balls. Most durable set I have ever used. The cue ball seems to be almost completely impervious to chalk marks and miscue marks! Even with TAOM V2 chalk which is among the more "sticky" chalks I have tried.

These look and play WONDERULLY. Hope you enjoy them for many many years to come.

Silver Member
It's a handsome set but I can't get past the cat logo. 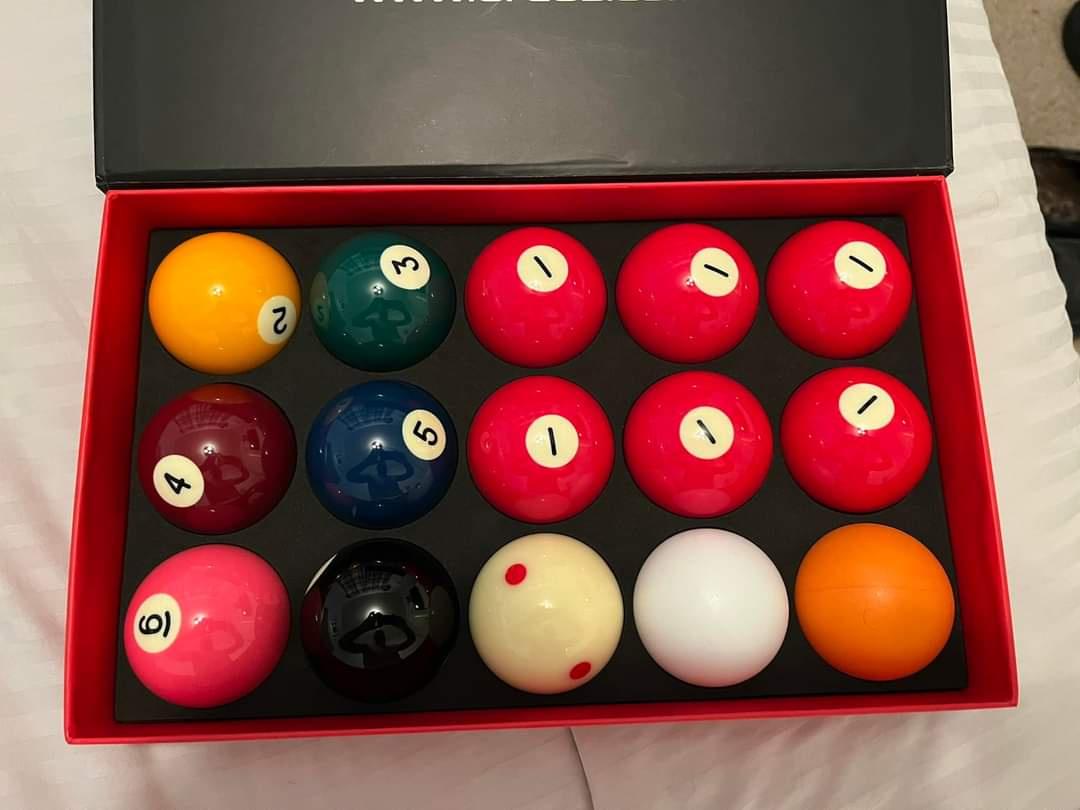 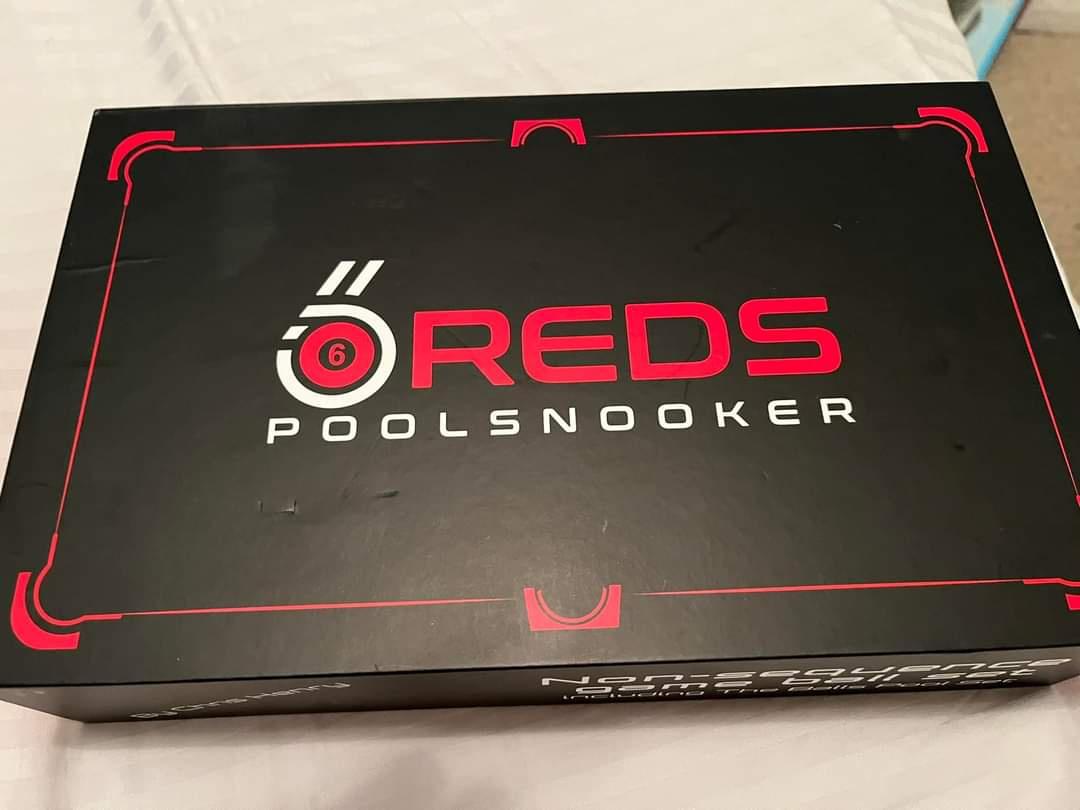 Designed by renowned coach Chris Henry and made by Aramith

The game launches this month in NYC

Silver Member
I love the fact that the reds are numbered… that was always a glaring omission in other similar snooker sets for me.

Alas, I’m not so enamoured with the rather lofty retail price. Then again, I rarely am in truth. 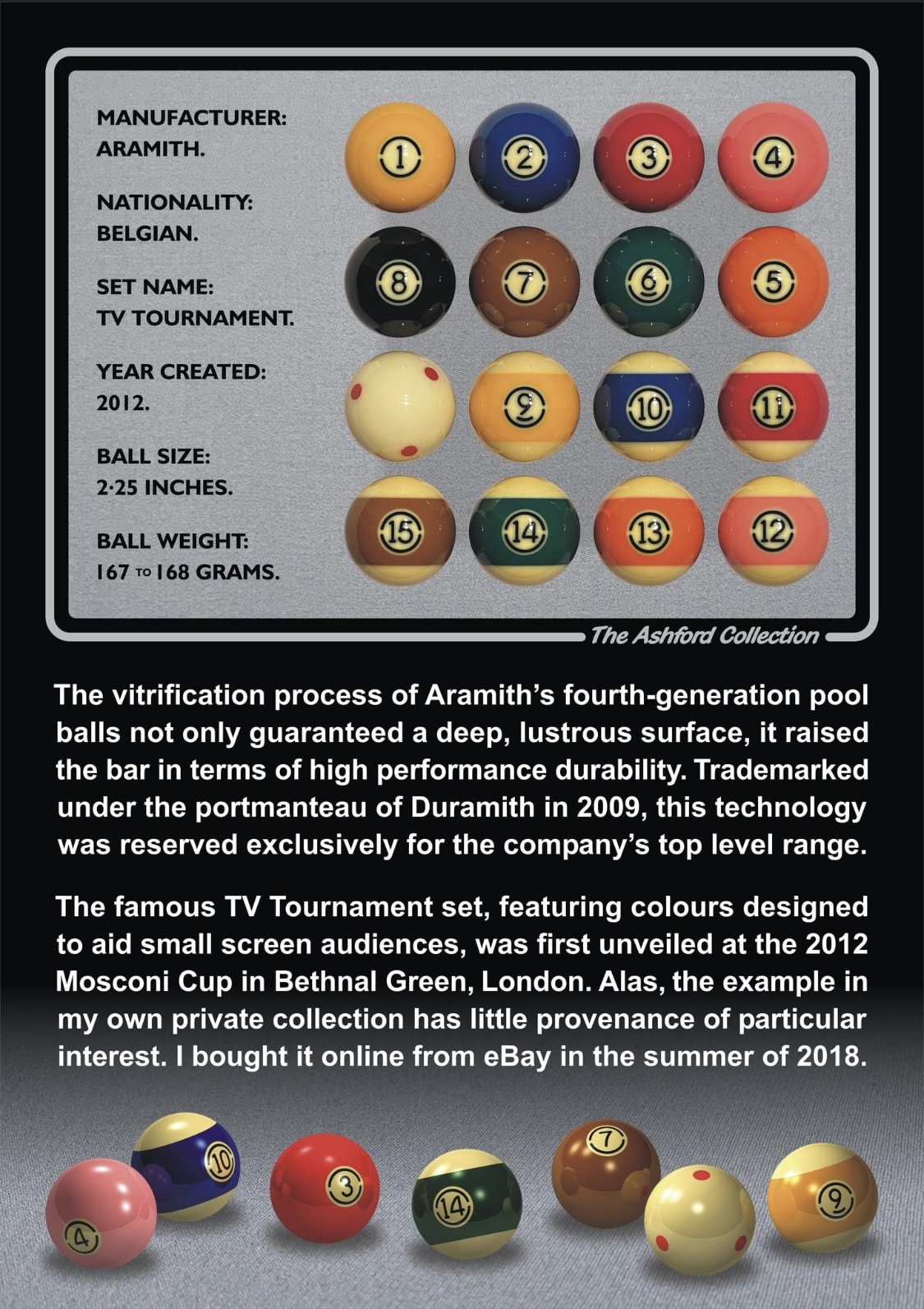 Silver Member
Rubik's Cube: When are you publishing a book?
B 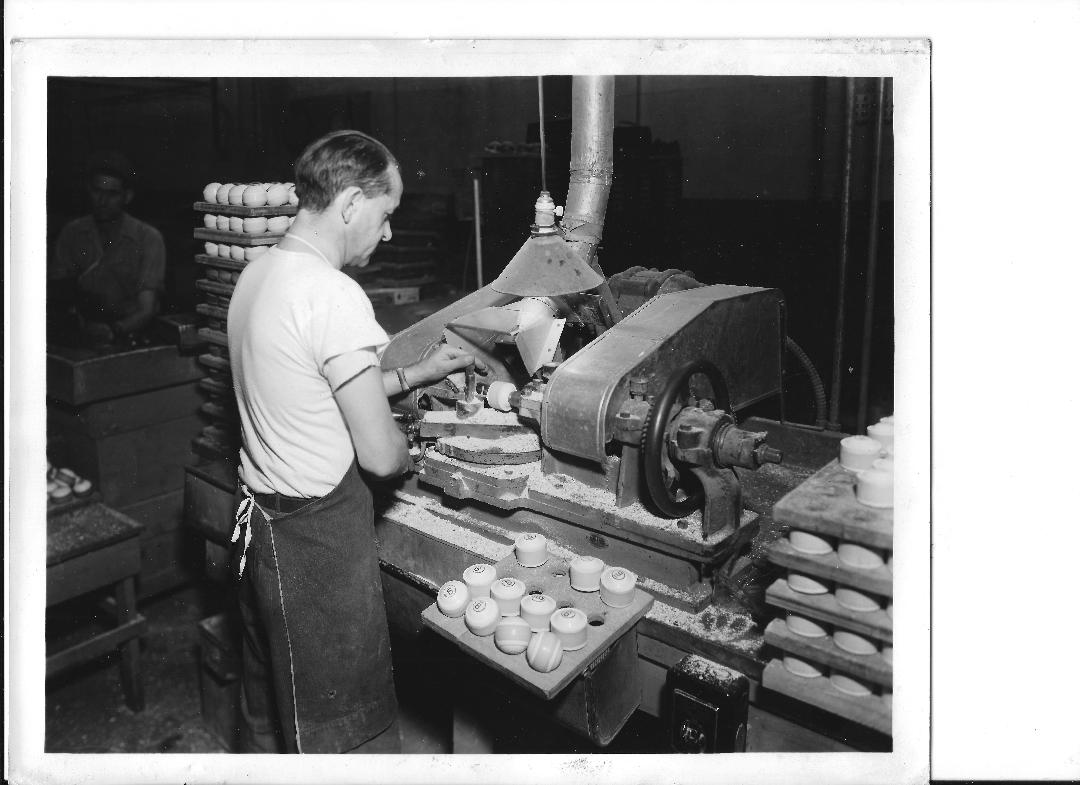 Silver Member
Fantastic image from yesteryear, Mr B. Is that from Hyatt’s manufactory in Albany, perhaps?

Sincere thanks for sharing, dear fellow.
B

Rubik's Cube said:
Fantastic image from yesteryear, Mr B. Is that from Hyatt’s manufactory in Albany, perhaps?

Sincere thanks for sharing, dear fellow.
Click to expand...

I'm delighted that you approve. Yes, it was taken in the Lathe Room at ABB Co.

I don't know the exact date, and unfortunately the person who took the picture is no longer available for consultation. The person who gave me the picture had a long standing friendship with the Plant Superitendent.

Something I would dearly love to learn is how Hyatt polished the balls once they had been machined to perfect roundness.

I’ve searched for details of that process many times… alas, all to no avail.

"Have Cue, Will Travel"

Rubik's Cube said:
Something I would dearly love to learn is how Hyatt polished the balls once they had been machined to perfect roundness.
I’ve searched for details of that process many times… alas, all to no avail.
Click to expand...

"Ancient family secret".
You might have the product in your garage for your vehicle(s).
B

Thank you for the inquiry. The question of "final polish" has been around for a long time. Basically, the technology remained largely unchanged until recently during the modern Callenelle iterations. The final polishing process used by ABB Co. was quite basic.

Please allow me to begin at the beginning. As you know, the early ivory ball blanks were extracted from tusks with various manifestations of core bits or saws. Once the blank was turned, cured, turned again (and again if needed) the ball was polished on various buffing belts and cotton buffing wheels by hand. Because of the natural variation found in living things, achieving exact accuracy of diameter and weight was not possible with ivory. With the advent of composition balls, the process remained roughly the same, with final polish done by hand.

When phenolic resin balls hit the market, the molding process became much more accurate, thus the finish lathe turning phase was greatly shortened. There was an attempt to automate the process at that time. I don't know anything about that and I have not been able to locate the patents which would describe the equipment. Hand turning was accurate enough because the lathe jigs were fabricated to assure replicability. The key, however, to diameter uniformity was the development of "centerless grinding." Centerless grinding ultimately brought the balls into near perfect roundness while also smoothing the surface almost to the point of being "polished." Modern grinders can polish to perfection. At ABB Co., operators took the balls from the centerless grinder directly to the buffing line where the balls were brought to the final finish, boxed and shipped. There were operators there who bragged about being able to buff better than any computer ever made.
(below, a picture of a simple modern centerless grinder/polisher) 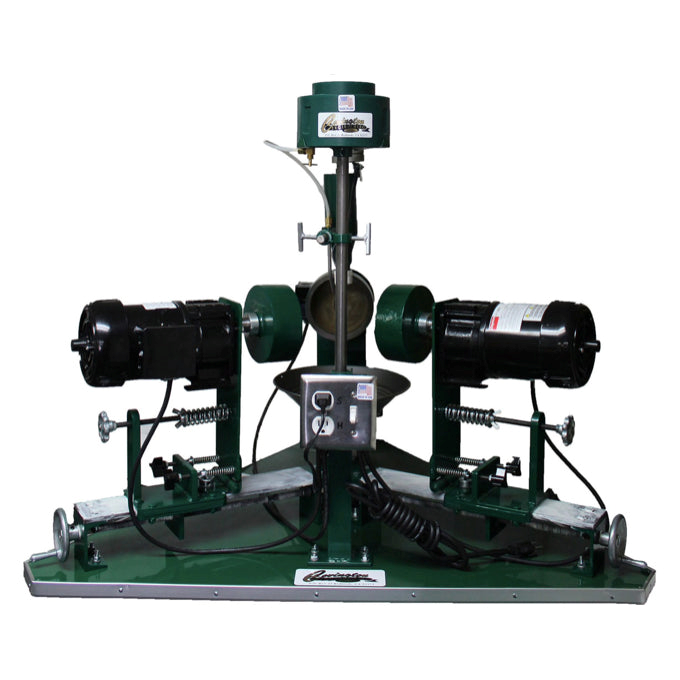 Silver Member
What an awesome reply, Mr B.

Thank you so much for taking the time and trouble to share your knowledge and wisdom, dear fellow. It is sincerely appreciated indeed. 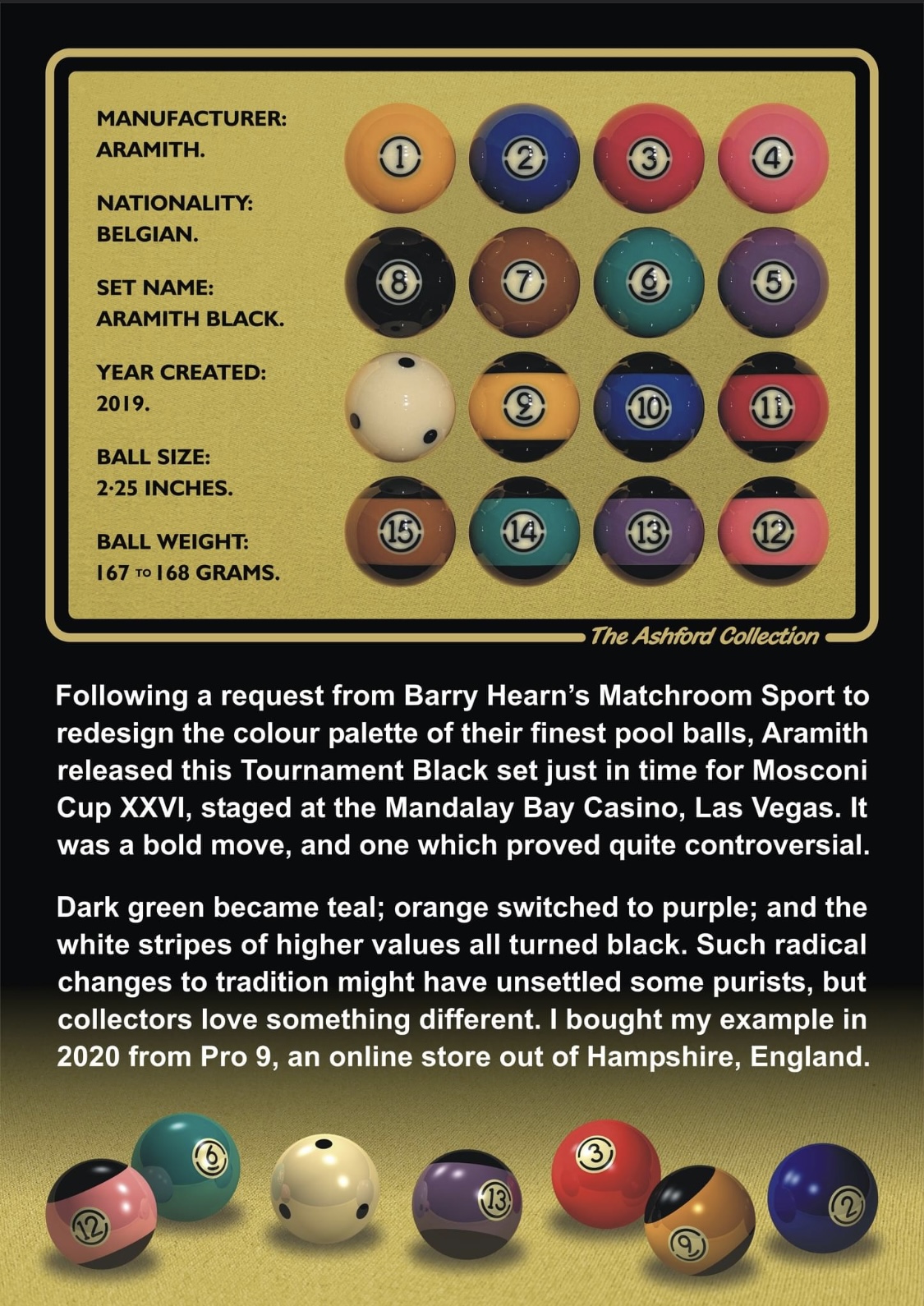 Worst colors ever
B

Rubik's Cube said:
What an awesome reply, Mr B.

Thank you so much for taking the time and trouble to share your knowledge and wisdom, dear fellow. It is sincerely appreciated indeed.
Click to expand...

Incidentally, I have a set of Ambassadors in my modest collection which made it off the buffing line with centerless grinding marks still quite obvious. Must have been a Monday morning shift just back from the St. Patrick's Parade after-party. For me, one of the dearest things about ABB Co. is the evidence of human involvement. The balls are not sterile, computer monitored and manufactured little robots. When I think of Albany, I can still imagine a Grandma on here shift sorting and boxing new balls just in time for Christmas.

Silver Member
Wow, what a great addition to the thread with those photos and stories, thanks Boxcar! Imagine how owning a raw, unfinished ball, resembling more of a cube, would have been a collector's delight

Dear Rupert, sir, the Aramith Tournament picture you posted made me turn to the thread you started about Duramith/TV Pro Cup sets with some observations.

On a side note, isn't it weird your posts starting at #2,129 on previous page read "full"? I suppose these featured more of the fancy ball set cards you provide. (Sure it has something to do with another problem that yor ball gallery is not available also, instead it reads "Oops, we ran into some problems, the requested page could not be found".
Show hidden low quality content
You must log in or register to reply here.
Share:
Facebook Twitter Reddit Pinterest Tumblr WhatsApp Email Share Link
Top