Silver Member
that number whether right or not seems like about the correct one. low if he has to do work for them and travel at their asking.
although it probably includes all major entry fees as well. that would be customary and smart as they need him to be in the tournaments.

Silver Member
SVB is a great player and person. He deserves every dollar he gets.

Rasson is a shit table.

Our club had a Rasson victory table and it sucked in every conceivable way. Rail bounce was weird, the pocket played extremely inconsistent and the rails were oddly square. Also I think maybe the installer botched the setup, because the slate would make an odd noise when balls bounced on it. The one thing I kind of liked was the base of the table. I think even the look of that could be improved a little bit, but it's allready kind of fresh and interesting. A good designer would incorporate the lines of it into the rail design somehow. As is, the top part of the table looks kind of "bargain basement" compared to the base.

garczar said:
I guarantee you if B'wick called SVB and offered good $$ to pimp Gold Crown 6's he'd have one in his house. Too bad Brunswick's involvement in pool has basically evaporated in recent yrs. I wish Diamond would buy the rights to the GC, make then here in the US, and just dump the rest of B'wicks crappy tables in the shitter.
Click to expand...

pt109 said:
I think the Rasson is retro ugly....who needs another Murrey or Gandy style?
Click to expand...

The rails kind of look like a Gandy, but this particular Gandy's top would actually fit better on the Rasson than it's own rails. Notice the inward sloping skirts and nice rounded rail top. The shape fits perfectly. Of course the actual materials are shit.

Gold Member
Silver Member
Shane shows class day in and day out on and off the table. A well known factor at this point, exactly what a sponsor is usually looking for. Shane is going to have to spend a good bit more time out of country to stay relevant so an overseas sponsor makes sense.

I don't like it that the top US player needs to take oversea sponsorship but nothing new about that. Who knows, Shane may even be able to steer them into making a better table.

I like gold crowns. I was never going to buy one of these new hybrid monsters though. As far as I am concerned Diamond has the only show in town. Not perfect but pretty good.

Seems to me like there should be a market for a nice home table but it seems that the factories disagree. 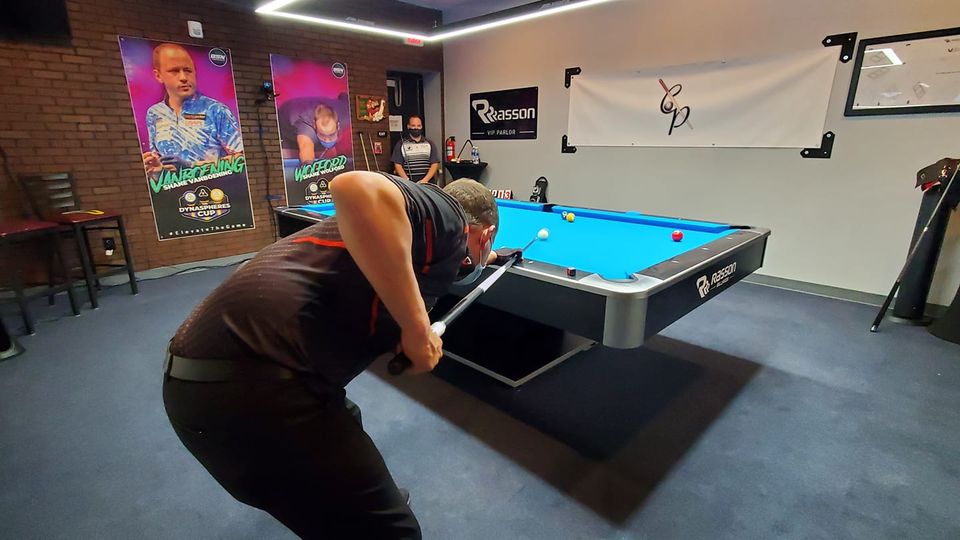 Truth Will Set You Free

Silver Member
Shane is a class act all the way. He is already an all time great who deserves every ounce of pay and recognition that comes his way. He's one of the good guys.

He does now.
G

Silver Member
Might be why Shane been practicing on FB. Considering it as paid advertising.
S

Get_A_Grip said:
Shane plays Chinese 8-ball in China on Rasson tables. I'm sure that that was a big factor in him wanting one of their tables to play on.
Click to expand...

the c8b are JOY tables i think

Silver Member
Shane absolutely loves these tables. And I quote:

"It's a great feeling to join Rasson tables," said Van Boening, "especially with the good people that are the most involved with the brand. Most people know that I have had a Victory II Plus in my house for quite some time. I am still excited for every practice session, knowing that I am playing on one of the best pieces of equipment on the market today. The first time I played on a Rasson Table was at the Mosconi Cup a few years back and the thing that I remember is that the table was very difficult because the pockets were very tight. I was impressed by this and have always been a believer that tight equipment always separates the good and great players."

garczar said:
Nothing to do with 'like.' Simple business decision. He got the table FREE in '19. They started courting him and recently inked the deal. As stated above if Diamond or anyone else would have offered a similar deal he'd be pimping their tables instead.
Click to expand...

He does have one in his home. He swapped out the diamond years ago. That being said money talks lol

iusedtoberich said:
Diamond could not build a GC. All their tables are plain chunky wood because they don’t have the manufacturing capabilities Brunswick has. They would also ruin the proper bounce off the rail.

Anyway there is no value in the GC name anymore, IMO. So it would be a waste of money to buy the name.
Click to expand...

good lord your out of touch lol. That’s diamonds style. Their look. They Dan build any table they choose lol

Silver Member
Professional pool players would sign a deal with the Devil if it meant additional income.
Most pro level event pay outs are a joke.
I dont fault SVB at all.
G

Silver Member
What's the deal with Shane not getting invited to World Cup of pool. Still easily the best U.S player.
B

gxman said:
What's the deal with Shane not getting invited to World Cup of pool. Still easily the best U.S player.
Click to expand...