King of the Meadow

Silver Member
Got a set 6 months ago or so. I am not a guy to compare ball set quality or even care to much. I have a nice Centennial set and a Cyclops. I will say 100% that this Dynasphere ball set stays CLEAN! Rarely ever see chalk or pocket liner marks on them. yes this using the same chalks on all. Not sure if this helpful to anyone, I just havent posted in awhile ! haha
Last edited: Dec 17, 2021
B

Silver Member
I bought the least expensive set of Tungstens I could find and they get used here and there. Ugly colors but for the money impossible to beat. They do stay clean.
R

Silver Member
Does anyone know where I could get a set? None on either Amazon or eBay.
looking for a set if anyone wants to get rid of theirs.
B

Silver Member
Pay a few more bux and get the Bronze. Seyberts has them. 100bux. https://www.seyberts.com/pool-ball-sets/dynasphere-bronze-ball-set/
B

Silver Member
When I was buying the Tungsten set, the $100 set was not available, unfortunately. While they play good, the Tungstens are not easy on the eyes. Id let mine go cheap but I'd probably lose on shipping, lol.
R

Silver Member
The tungstens are all lighter colors, almost pastel. Those are what I’d like but I can’t find any. They have a lighter colored 2 and 10 ball.

The Dynaspheres Platinum balls are gaining sales momentum. Honestly, they are very good looking quality balls. The manufacturer should consider making individual balls available for sale as replacement balls as with time, balls will be chipped or lost all together. I have a personal experience myself, where my toddler managed to get access to my brand new (never been played with) set and as a result the 7 ball gone missing.
I have contacted the manufacturer and they told me that they don't have replacement balls for sale. I had to post an ad in Facebook offering my set for sale as replacement balls. Lucky, the ad brought in a seller who has an open brand new box and offered to sell me new 7 ball
R

bignick31985 said:
When I was buying the Tungsten set, the $100 set was not available, unfortunately. While they play good, the Tungstens are not easy on the eyes. Id let mine go cheap but I'd probably lose on shipping, lol.
Click to expand...

I sent you a PM.
Let me know if you want to sell them.

Rickhem said:
Does anyone know where I could get a set? None on either Amazon or eBay.
looking for a set if anyone wants to get rid of theirs.
Click to expand...

allaboutthegameroom on ebay has them

they stay clean and pretty after half a yr for me, the bronze, cant be happier with em. bright pretty color
R

Silver Member
Here is a quick pic of the Dynasphere Tungsten balls. Very nice and a good contrast to the cloth on my table, which was a big factor in going with this set for me. 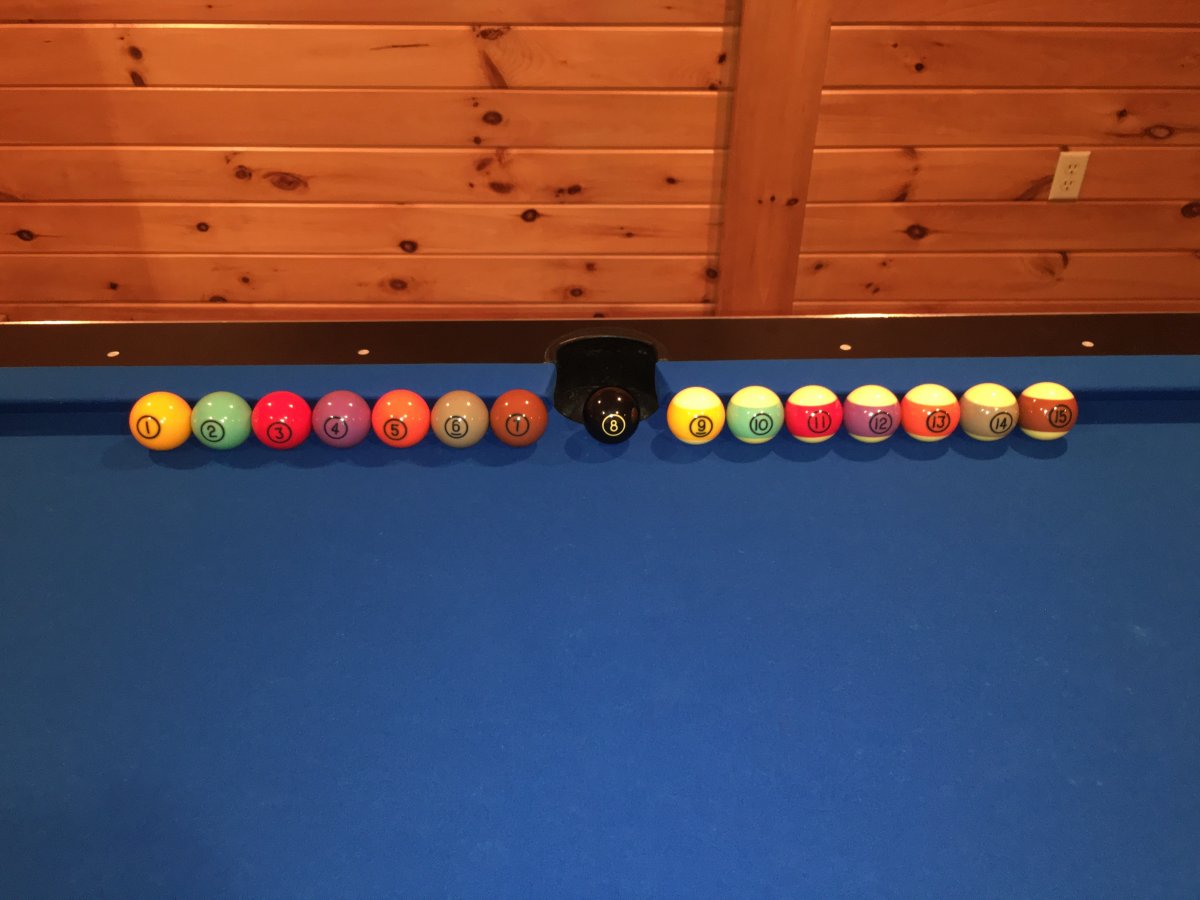 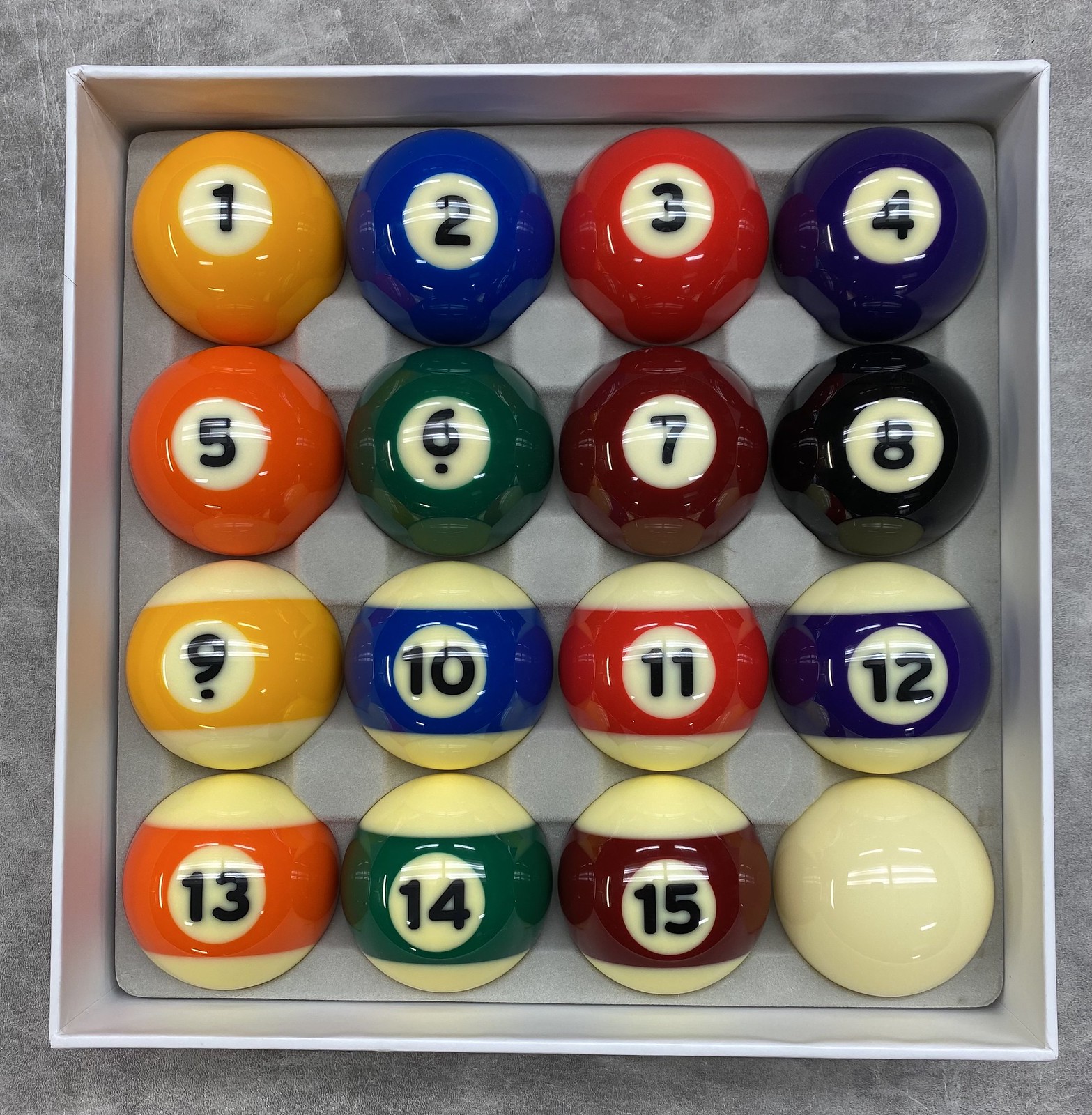 Silver Member
Damn those look good. I wish ball makers would go a hair lighter on the 4 ball. I'm sure while playing it's easy to distinguish though.
G

Nice, basic, classic. That combo never gets old. Best deal in balls on the planet imo. I might add a B'wick BlueCircle cueball just for the hell of it.
M

Rickhem said:
Here is a quick pic of the Dynasphere Tungsten balls. Very nice and a good contrast to the cloth on my table, which was a big factor in going with this set for me.
View attachment 622816
Click to expand...

I’m surprised at how much better those look on a table than they do in a box. The first time I saw them I thought they were very ugly but they look good in this picture. I got the platinum set and I think they are great!
G

Rickhem said:
Here is a quick pic of the Dynasphere Tungsten balls. Very nice and a good contrast to the cloth on my table, which was a big factor in going with this set for me.
View attachment 622816
Click to expand...

Silver Member
i feel like i have to have that blue measle ball they make, at some point ill buy the gold set which is the only set it comes with.
and just use it with my bronze set.
its the best looking of them all in terms of style imo

garczar said:
Whatever, to each his own. I think these are easily the ugliest pool balls i've ever seen. Just my $.02, nothing more.
Click to expand...

In my search for these balls, I found a local shop that told me he had them in stock, along with a lot of other ball sets. He told me he gets $175 for the Tungstens, but will drop that to $150 for people that are buying a table from him. I kept feeling like we weren't talking about the same thing, but he insisted that he had every set of balls from Dynasphere in stock, and they are premium balls. So I took a ride there a while back, and sure enough, he had five different sets of Dynasphere balls on display, the Tungsten, Bronze, Silver, Gold, and Platinum. Also had Aramith sets and Centennials as well. He said he'd let me have the Tungstens for $150, but my girl kept saying how much she liked the Bronze. She thought they were the best and brightest of all the sets. He wanted $225 for the Bronze set, and they really are nice seeing them in-person, I have to agree with you on that. For reference, he had the Centennials listed at $399. Needless to say we didn't buy a ball set from him.

Since he remembered me from our phone conversation prior, and it was a bit of a drive, I wanted to buy something from him. He had a rack for short cues, with only a single 36", 17 ounce cue left, and the rack said all cues were $14.95. A couple local bars would put a cue like that to good use for APA league play. I told him that I'd buy that, but he wouldn't sell it to me because "it was his last one". I am not sure I understand the logic for his pricing and sales, but it's his shop and his rules.

The Tungstens are a huge step up from my other set, but I will have to agree with you that for what is available right now, the Bronze is the best deal going, and they really are the best looking set.
T

How do the Dynasphere balls compare to Aramith quality and durability wise?
G

TrxR said:
How do the Dynasphere balls compare to Aramith quality and durability wise?
Click to expand...