Ronnie O’Sullivan, Neil Robertson, John Higgins, Mark Williams and defending champion Judd Trump will all be in action at the Gibraltar Open later this month

Former UK Championship winner Stephen Maguire has had a poor season and currently finds himself ranked at 16 in the world. He will not get the chance to improve on that after withdrawing from the Gibraltaar Open. His fellow Scot, Anthony McGill hasa also pulled out of the event. Their places have been taken by Kuldesh Johal and Rod Lawler. :​

There's a few non runners in the field , maybe they blew their air fare and hotel costs at The Cheltenham Fesival last week and there was I betting E/W place watching all the good thing FAV's winning but Banbridge @ 12/1 bailed me out for a few of Her Majesty's then at the Valspar Golf Sam burns won in a play off and Brian harman got a place so I can't complain really.....

Bets placed in accordance with our Market Rules

The Sporting Life's Richard 'Tricky Dicky' Mann is back with his latest selections :

The Gibraltar Open begins on Thursday and Richard Mann is taking big prices in his outright preview.

James Cooper has looked through the first-round matches at Gibraltar Open and has three bets to consider.

The Gibraltar Open is back at its true home, after Judd Trump secured victory when it was held at the Marshall Arena in Milton Keynes last year. Trump is bidding for a hat-trick of wins in the event, but faces a tough test with the likes of Ronnie O’Sullivan, Neil Robertson and John Higgins also bidding for the prize. :​

Neil Robertson, who said earlier in the day “I'm the only person in the history of the game that has been able to do what I've done", proved he is a worthy contender for the 2022 Gibraltar Open title after beating Rory McLeod 4-1 to seal his place in the last-16 stage of the competition. Watch the Gibraltar Open live on Eurosport and discovery+. :​

Neil Robertson was made to work hard for wins at the Gibraltar Open on Thursday. The 2010 world champion first held off Liang Wenbo and then Oliver Lines. Robertson faces Rory McLeod next in the last 32. Stream all of the enthralling action from the Gibraltar Open live and on-demand on discovery+ :​

“I'm the only person in the history of the game that has been able to do what I've done," said Aussie star Neil Robertson after his Gibraltar Open first round win over Liang Wenbo. “You know, the only world champion to come from the southern hemisphere. Nobody's achieved what I've achieved in the game." Watch the Gibraltar Open live on Eurosport and discovery+.​

Neil Robertson believes he is in ‘a different category to a lot of other people’ in snooker after his achievements in the game.

The Gibraltar Open's return to its traditional home on the Rock has been hit by a spate of players forced out due to bad weather in the local area. Former world champions Mark Williams and Shaun Murphy decided to skip the event earlier in the week, but more have had to make alternative plans after being left snookered by travel chaos before the three-day ranking event broke off. ;​

The Gibraltar Open has been rocked by a spate of late withdrawals, bad weather and travel chaos before snooker on the Rock.

Judd Trump was not at his best but had enough in the tank to beat Sanderson Lam. John Higgins' big to win the European Series bonus is hanging in the balance following his loss to Jimmy Robertson in the third round on Friday evening. Higgins is also precariously placed with regard to securing a spot at the Tour Championship. :​

Judd Trump has no peers at the Gibraltar Open and he eased into the third round with a 4-0 victory over Simon Blackwell. After beating Andrew Higginson by the same scoreline earlier on Friday, the two-time tournament winner proved much too good for Blackwell without ever hitting top gear at the Europa Point Sports Complex. :​

The second seed Ronnie O'Sullivan suffered a surprise 4-3 defeat to Ben Woollaston on Friday in the first round of the Gibraltar Open. The Rocket had been expected to cruise through and secure his place in the second round, but Woollaston produced a stunning upset as he held his composure in the deciding frame. :​

Jimmy White and Stuart Bingham have graced the highest stage of snooker, but the level the pair produced early on in their clash at the Gibraltar Open on Friday was not good. The first frame was a low-scoring affair which eventually went the way of White after he was given a helping hand by an outrageous piece of luck. :​

A beauty! Stuart Bingham produces a 147 break at the 2022 Gibraltar Open | Eurosport Snooker :​

Fresh from his drunken exploits at the Turkish Masters 2022 The Milkman delivers .

Well they always say the cream rises to the top .

The £50,000 of Her Majesty.s prize money will come in handy for the potential fine and ban .

Silver Member
If you bet Robert Milkins to win The Gibraltar open 2022 you can pick my lottery tickets . 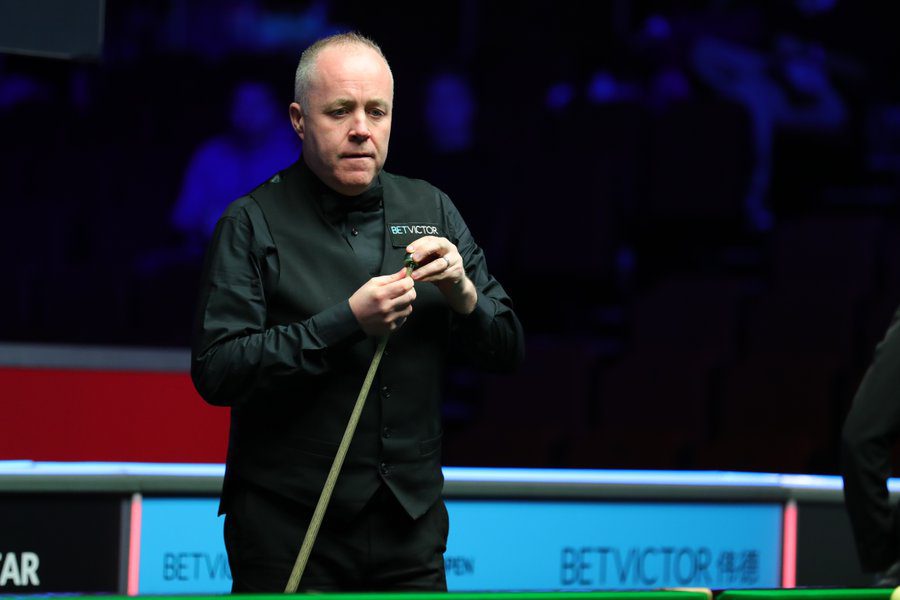 Scotland's John Higgins is £150,000 richer after winning the European Series bonus on Saturday in Gibraltar.

(Players still in the Tour Championship in RED)​


A sly raildog bet was placed around the time of The Cheltenham Festival 2022 .

Silver Member
After The Gibraltar Open 2022 here is the latest Skybet Markets on the Top 10 : https://m.skybet.com/snooker/world-championship/event/27558777 :

Bets placed in accordance with our Market Rules
Robert Milkins is a 500/1 chance if you fancy some of that .

ROBERT MILKINS AND THE IDES OF MARCH: FROM TABLOID FODDER TO ROCK OF GIBRALTAR IN GLORIOUS TALE OF SNOOKER REDEMPTION​

Robert Milkins extended snooker's remarkable season of surprises by claiming his first ranking title at the Gibraltar Open on Saturday evening. Milkins clasped the trophy and £50,000 winner's cheque only 21 days after requiring his stomach to be pumped in an Antalya hospital after overdoing his 46th birthday celebrations at the inaugural Turkish Masters amid some sozzled tabloid headlines. :​

Robert Milkins left Turkey in disgrace a matter of weeks ago, after having to go to hospital to have his stomach pumped after a drinking binge on the eve of the Turkish Masters. He bounced back in ultimate fashion, winning the Gibraltar Open to secure his first career title after beating Kyren Wilson. :​

At the age of 46 and after 27 years as a professional, Robert Milkins finally got his hands on a trophy with victory over Kyren Wilson in the final of the Gibraltar Open. It was a victory that stunned Milkins. “I don’t know where it has come from, but I am glad it is here as I have not got much time left." :​

Robert Milkins went into the Gibraltar Open aiming to win "one match" to "try and get some money for the kids" - and ended up with his first ranking event title in 27 years as a professional.

Milkins beat Kyren Wilson 4-2 in what was the 46-year-old's maiden appearance in a final.
"Not in my wildest dreams did I expect this week," Milkins said.

"I've been struggling, it's been that bad."

The world number 44 made a break of 44 to seal victory, having taken a 3-0 lead against his fellow Englishman.

"Once I got through that semi against Jak it took all the pressure off," he said.

"I had never won a tournament. I know I'm not going to get many more chances so I had to dig in there, because it may never come again."

Earlier this month, Milkins had to apologise for his drunken behaviour at the Turkish Masters opening ceremony.

He admitted he was "out of it" after a birthday drinking session and reportedly required hospital treatment after falling and splitting open his chin.

In his post-match interview Milkins revealed his sister passed away in December and he has received counselling in the past two weeks after speaking to World Snooker, the organisation which runs the World Snooker Tour.

"My head's not been very good really - I've been really struggling. I've just got to try and pick myself out of this mess," he added.

"To be honest this helps a lot but I'm still struggling as bit. I feel like the only thing important in my life is my kids. I'm always there for them.

"You can only take so any batterings but I feel OK."

I guess next to nobody bet Robert Milkins to win The Gibraltar Open 2022 but if anybody had to win a title it was him ahead of an up and coming fine and potential ban from the game from his alcoholic antics at the Turkish Masters 2022 .

Zoom forward a few weeks and now Robert Milkins has a trophy in the cabinet and can afford to pay Jayson Fergusson and WST the fine , buy his wife that new kitchen she wanted , maybe the car and can feed his family for the potential up and coming ban .