Silver Member
And AOC is still runnin' her brain-dead piehole pushing her goofball green agenda. What a colossal moron.
I

I-sleep-with-Pitbull said:
I'm in iowa and yesterday we had a low of -28 with a -40 wind-chill. I forget what the hi was but it was still stupid cold
Click to expand...

Silver Member
Mid 40's this weekend and 60's early-mid next week. Might have to bust out the shorts except i don't want to blind anybody.
I

garczar said:
Mid 40's this weekend and 60's early-mid next week. Might have to bust out the shorts except i don't want to blind anybody.
Click to expand...

Give em shades if there that bad

garczar said:
And AOC is still runnin' her brain-dead piehole pushing her goofball green agenda. What a colossal moron.
Click to expand...

I just keep going back to same thing. Why do we all have heat pumps down here in Texas? Our winters are too harsh, when you have this many people all having to go to emergency strip heat it creates a load that can’t be handled, anywhere. You guys up north go through the same winters, but no problem for the electrical generation grid because the only electrical load is an electrical motor turning a squirrel cage to move air. It’s not rocket science to figure this out. It’s simple math.
After 4 days in the same clothes it sure was nice to eat real food and take a hot shower. I’m not a fan of Texas anymore, and yeah I’d get the heck out if I could talk the wife into it.

edit; yeah I do realize there are some gas heaters down here, but not enough. It’s just corruption, the power companies make bucoo bucks off electrical resistance heating, so that’s why it’s nearly impossible get anything else in new construction.
Last edited: Feb 18, 2021

Silver Member
32* here in Anchorage, Alaska today! I truly feel bad for people who don't know how to handle cold, snow & ice and those with no power. Stay safe everyone.

I-sleep-with-Pitbull said:
What is the crazy part is last month in January there were a few days that it was nice and I stayed outside with my dogs for hours in shorts and a sleeveless shirt and watched the 7 ft drifts in the back melt a little bit lol
Click to expand...

When I used to golf, we'd try to play in every month of the year. That happened only once.

Gold Member
Silver Member
..white supremacy is officially 11" at this mount, a record?, high of 29 today, tomorrow starts the thaw @ 33.
been kind of bummed being short of a win lately, it's worst having not a chance to win, I mean, its been since last Saturday...

utility says conserve, we're all electric here in this settlement with a methane shale play a few miles up the road. 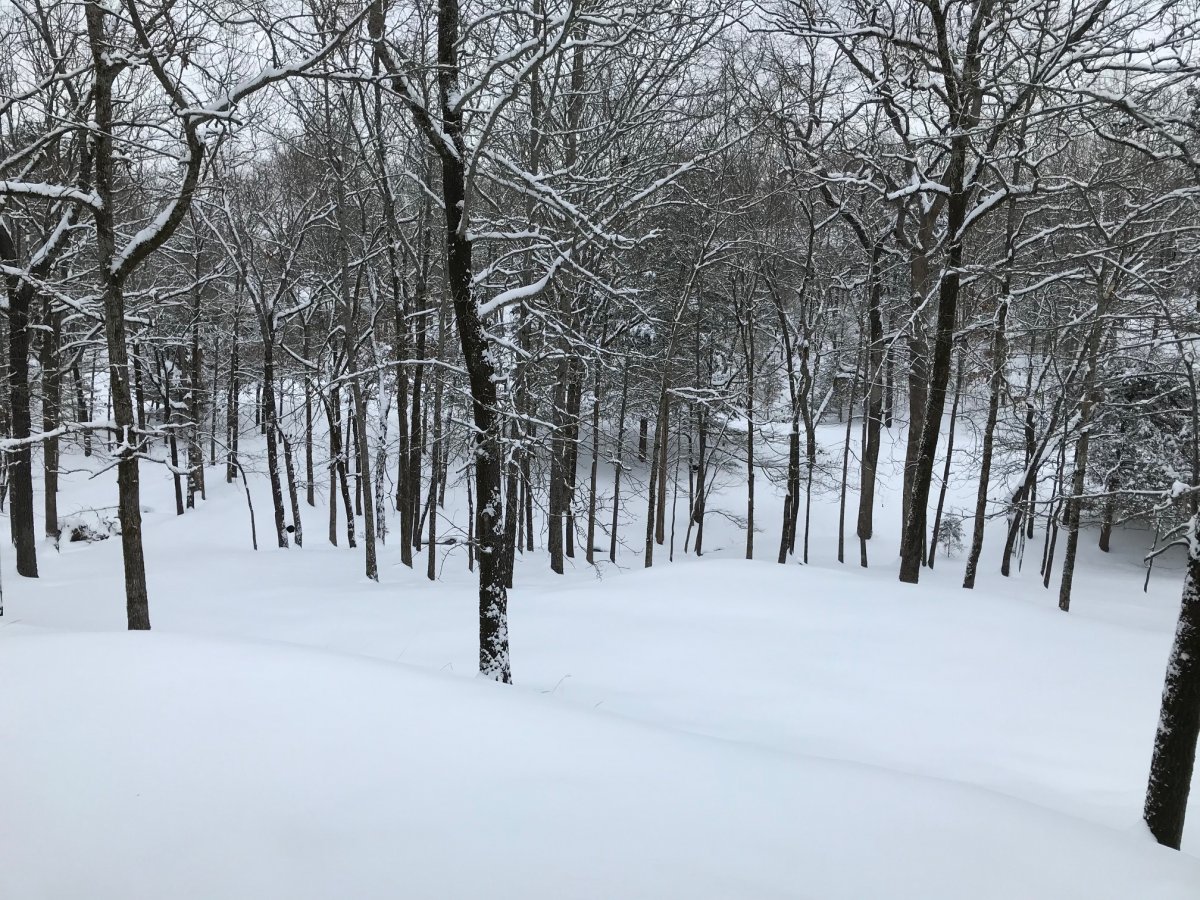 Silver Member
We’re all covered up just keeps getting deeper 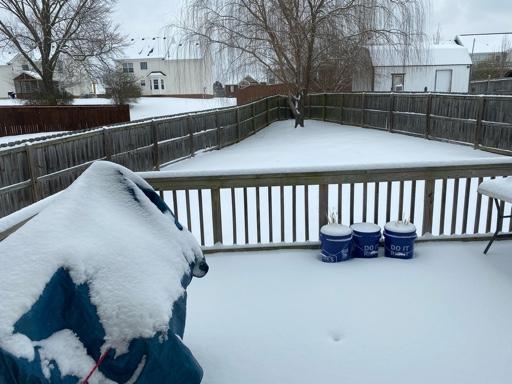 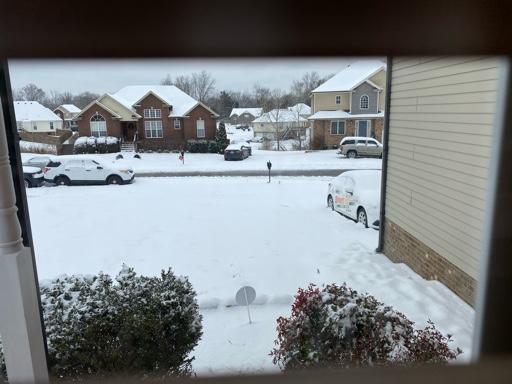 Gold Member
Silver Member
In Austin Texas I went thru periods of no electricity, no cable, no phone land line and no DSL at one time or another. We also had very low water pressure for a while. Everything is good now..and things are thawing out some.

This is my street. My House is about 1/2 mile west of where the picture was taken 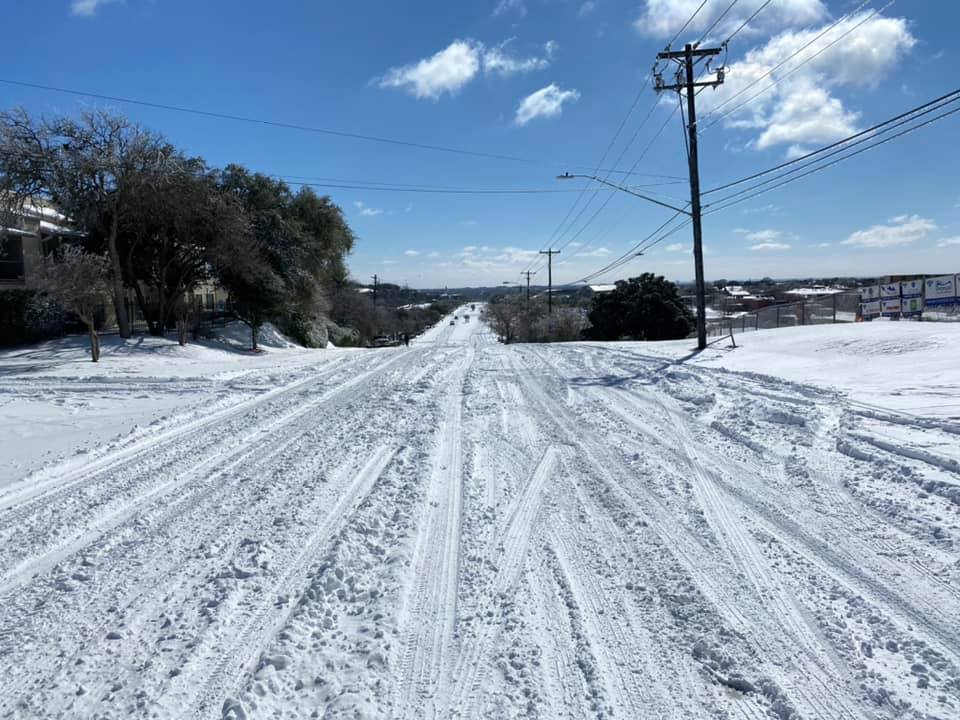 Gold Member
Silver Member
This is just to the right of the road I posted above. The big school is actually across from Casa De Dead Money. 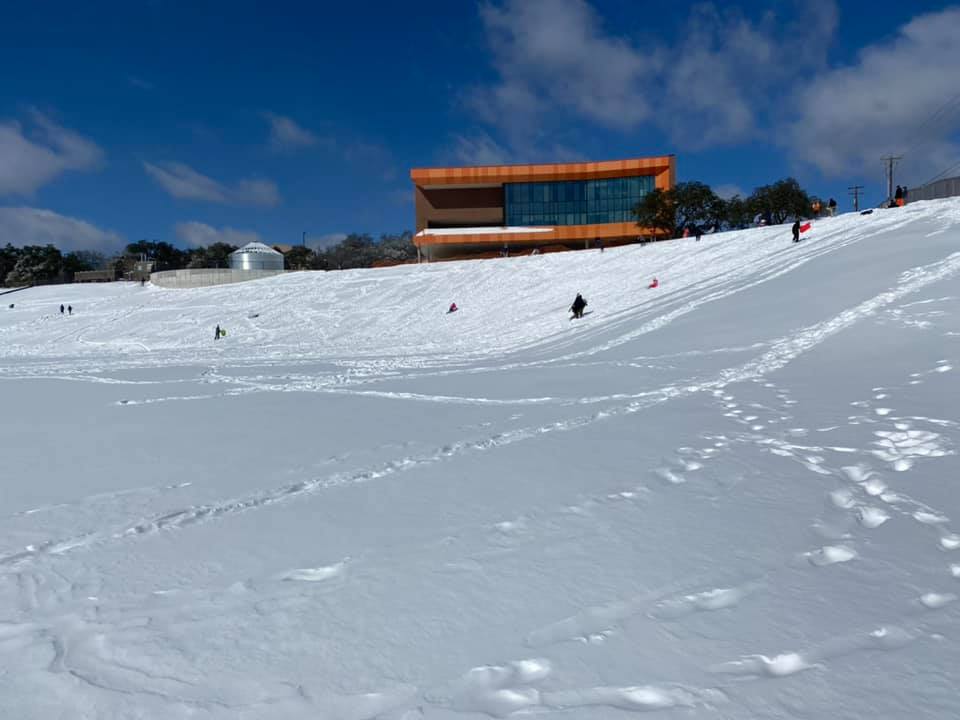 Gold Member
Silver Member
FWIW before they built that fucking school there that land was a small parking lot and play field/park. I had the same view as that road shot from my courtyard and front windows only better because I am up the hill a bit more and up higher.

Silver Member
Reporting from Abilene TX again. The wife and I and two cats made it through this. Had to burn a custom walnut and oak pool table that Dad and I made when I was 16. It was in storage (disassembled) when the power came back on we were down to 1 walnut leg and a walnut blind and rails. Thank God for Kentucky hardwoods! The brothers want to resurrect it.

Steady warm ups all this week in Austin. 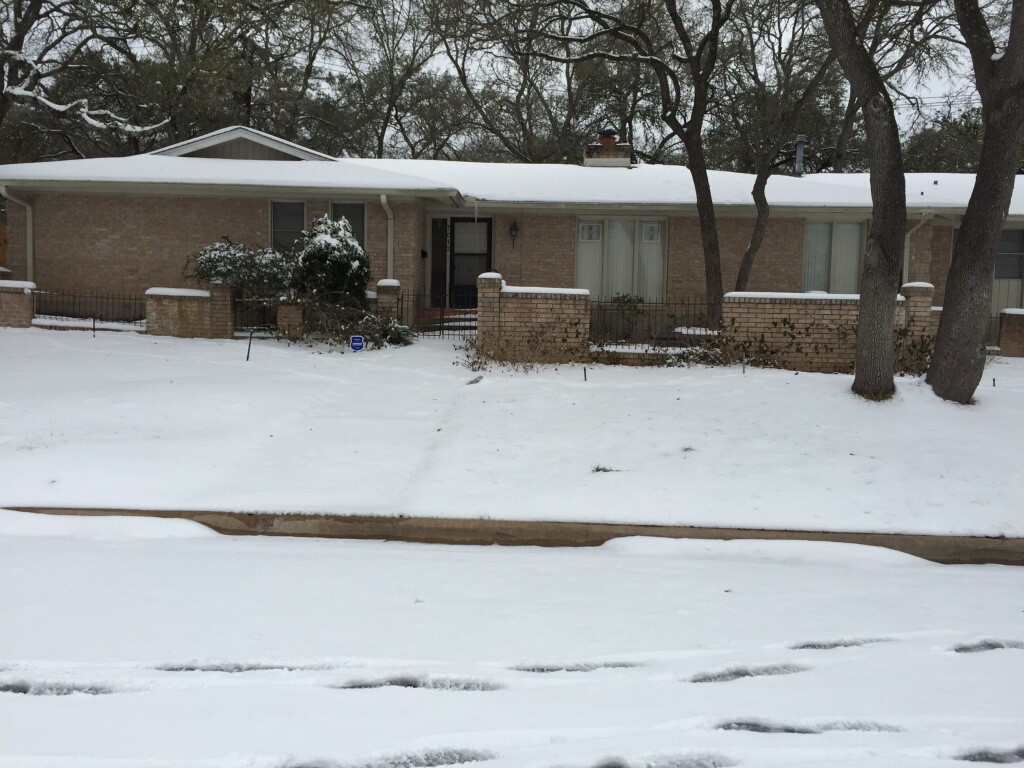 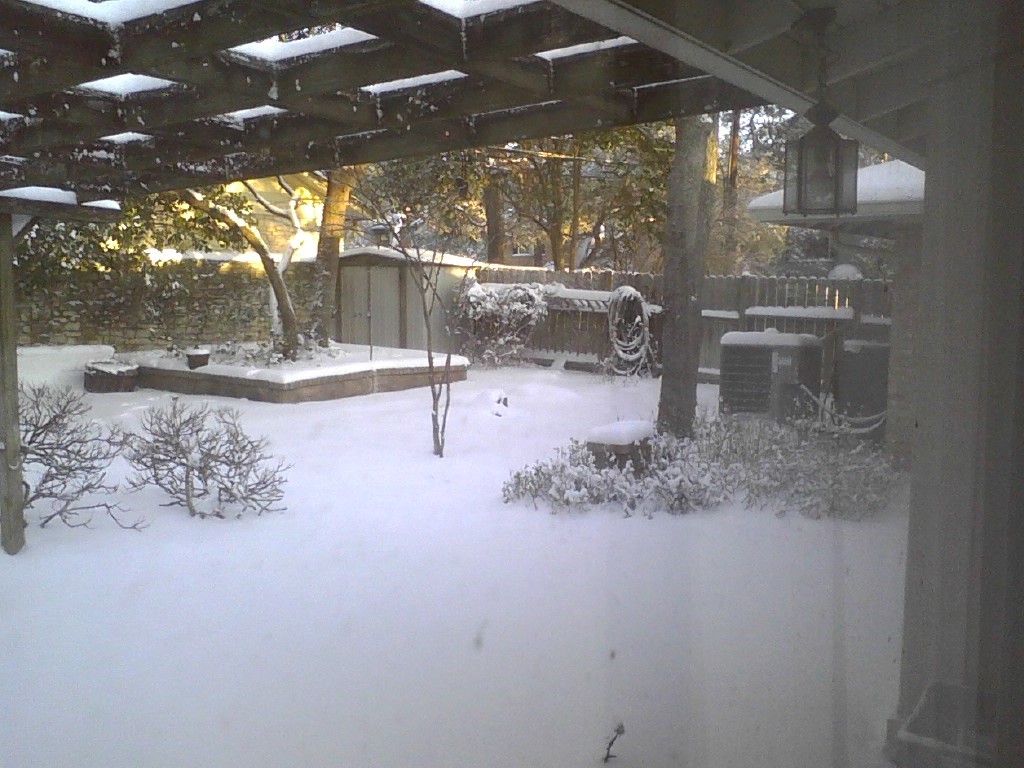 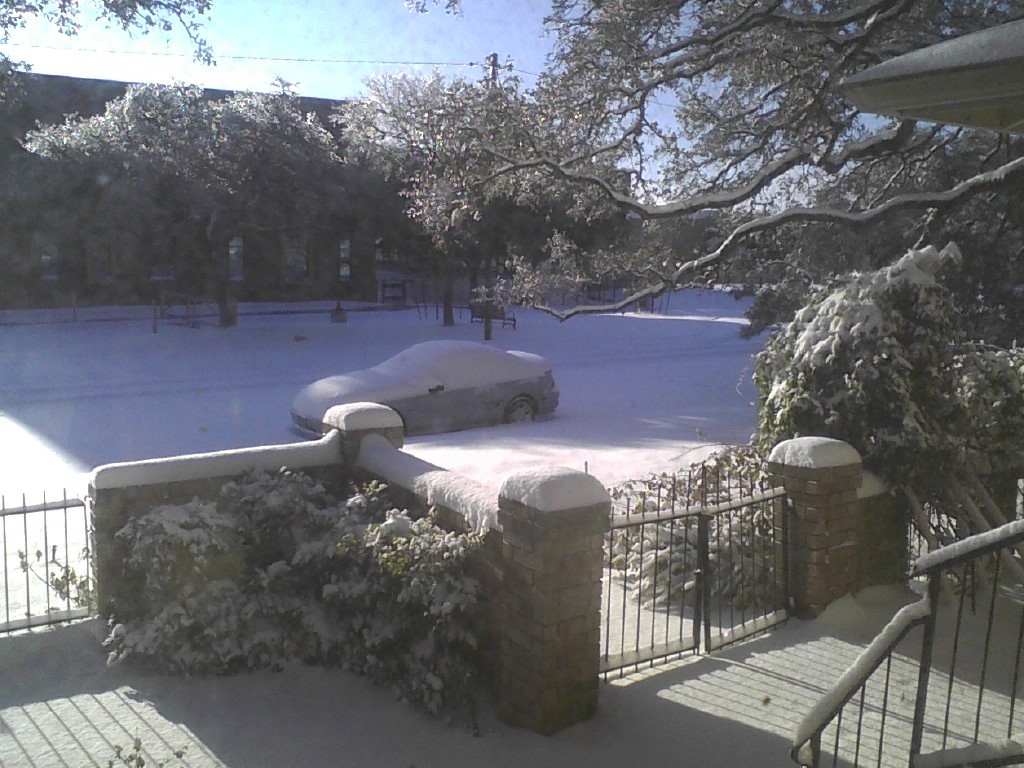 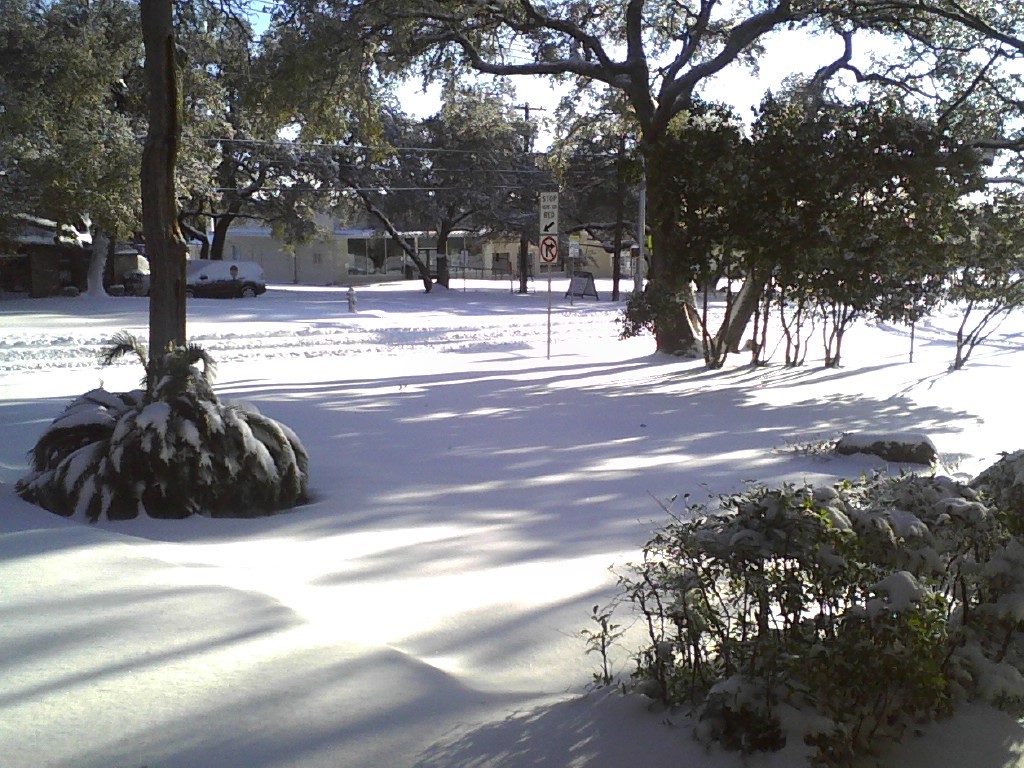 Those are all around Casa de Dead Money...


Random's from near by: 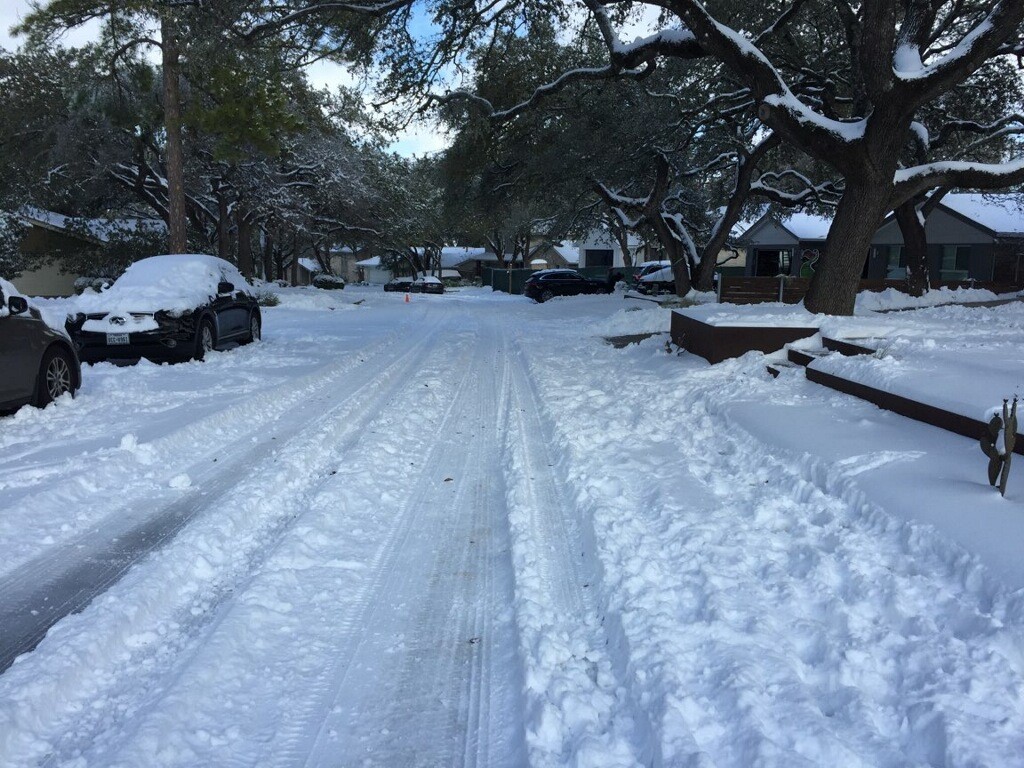 Dead Money said:
This is just to the right of the road I posted above. The big school is actually across from Casa De Dead Money. 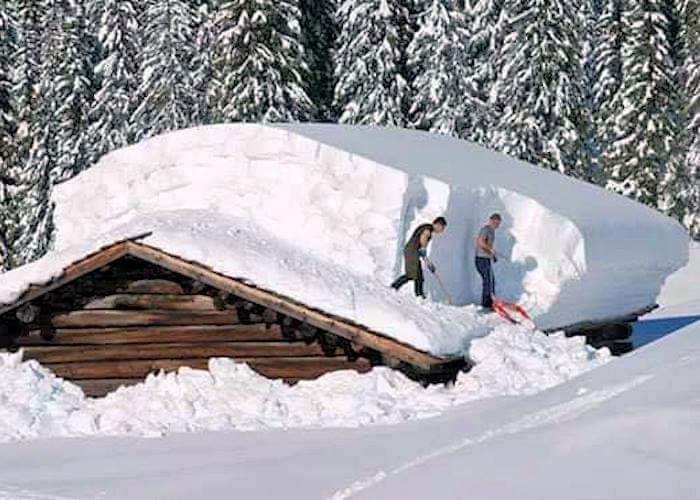 Where are you at

I-sleep-with-Pitbull said:
Where are you at
Click to expand...

He's in Canada, and his name is not at.