Correction: balls do "rattle" in my pockets, but they don't "wobble"

Silver Member
Correction: balls do "rattle" in my pockets, but they don't "wobble"

Last week I started a thread titled "I love the pockets on my Gold Crown IV" I proceeded to inform the forum that I purchased a used GC 14 months ago and had the sub rails extended and the pockets tightened to 4-3/8" by a highly respected Chicago area mechanic named Jerimy Chambers.

I further proceeded to inform the forum that balls did not "rattle in these pockets ; rather, the ball would either decisively drop, or be firmly rejected.

I then asked the forum if these " rattle-less" pockets were a new advancement in the evolution of pool tables.

Occasionaly, but rarely, does anything happen which deviates from the 5 happenings described.

What I should have said in my first thread, is that I have pockets that don't allow for ANY WOBBLING, and asked if this was a new development in the evolution of pool tables.
Last edited: Jun 23, 2015

Silver Member
So the guy angled and cut the rails and facings properly, you have a not too deep shelf and your rails play correctly. It's a rarity in pool setup I'd agree. Many tables I've played on reject a shot down the rail at anything over 30% speed especially with draw. Or pop balls out of perfectly center pocket hits when they hit the back leather.

Now you just need two more replies, and post this about 17,000 more times at 3 replies a pop to get everyone to reply to you! Realistically though there are not nearly 52,543 members that post now, some are not alive anymore, some only have ever had a few posts, but since this does not stop vote counts in some places you still have a chance.
Last edited: Jun 22, 2015

Silver Member
I am glad you like your table a good mechanic is worth his/her weight in good stuff.

Sent from my VS986 using Tapatalk

Silver Member
You are fortunate and hang-the-9 nailed it. My centennial is being redone now for just the reasons hang-the-9 described.

There is dicussion early on in Eddie Robbins book, Wining One Pocket,were he discusses tables. The cut of the angle of the pockets at 4 5/8 tends to spit balls out or rattle more. Coupled with an irregular cut or bow in the facing and you have shake rattle and roll as hang-the-9 described. The angle of the pocket narrows at 4 1/2 and narrower so the angle does not push the balls out.

I hope I said this correctly to reflect what I have read and been told by Mark Gregory. If I have misunderstood, correct me because I too want to know. I should be up and running this weekend.

Silver Member
don't celebrate too soon, with new cloth the pockets won't rattle at first. give it time as the cloth ages the pockets will start to reject balls hit at more than pocket speed.
at least that has been my experience on my GC III with those size pockets.:thumbup:
Last edited: Jun 23, 2015
M

Silver Member
I have 4 inch pockets and the balls get rejected unless they're hit well. BTW, didn't see your first thread.

Silver Member
What's the difference between rattling and wobbling?

hang-the-9 said:
Many tables I've played on reject a shot down the rail at anything over 30% speed especially with draw.
Click to expand...

I doubt it's the draw - probably that you hit draw shots harder.

Patrick Johnson said:
What's the difference between rattling and wobbling? 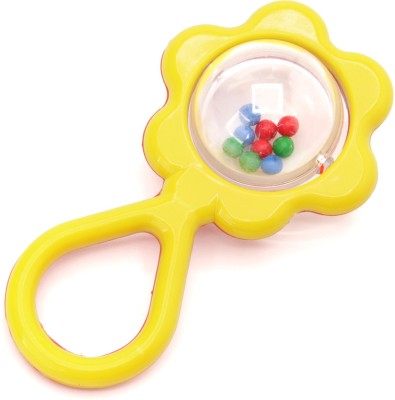 As you tighten the pocket size you decrease the angle between the point and the pocket-drop. Since you've decreased that angle on both sides of the pocket, balls will tend to bounce toward the pocket rather than away from it. Therefore "rattlers" are more apt to fall and less likely to spit out.

I don't know about wobblers. It's probably something in your fundamentals.

Silver Member
I did not see your first post either.
I had my rails done by Josh at Club Billiards. 4 1/2" pockets with Artemis cushions. I think my table plays well, on a well hit ball the ball goes in without a problem, if you hit a rail on the way to the pocket at speed the ball rattles and gets rejected. You can shoot straight down the rail at well over pocket speed and a well hit ball drops. The only time they sit in the jaws is on a slow poorly hit shot.
Show hidden low quality content
You must log in or register to reply here.
Share:
Facebook Twitter Reddit Pinterest Tumblr WhatsApp Email Share Link
Top