Greenleaf's Home Away From Home

These were dark days in Ralph's life as he was known to be a common drunk.

There were at least three billiard rooms on this block during Ralph's days here.

Although he had an undeniable thirst, it was reported by a friend of his, Harold Kauffman, that Ralph could still run more than 250 balls.

This 100 Block of North Queen Street was completely demolished in 1969 to make way for a failed redevelopment project.

The picture of the Cue and Cushion, the last of the downtown pool rooms, was taken not long before the ball and chain ended a phase of history legends and lore. 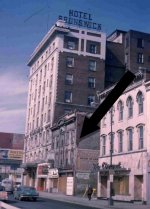 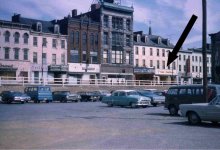 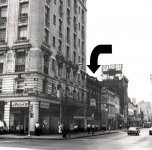 There is currently a speros hampilos in florida. wonder if theyre related.