Players Championship Draw, Preview, and Where to Watch :​

First up Da' Bookie never posted tournament odds , he was off to the Cayman Islands with his Welsh Open winnings so I watched a few rock concerts until the Snooker came on ITV and boyo boy am I glad I never chased my losses . Here's what happened.....

Judd Trump returned as champion as the 2021 edition of the Players Championship kicked off on Monday, but he was knocked out by world number 14 Stuart Bingham in a very tight clash which started slowly but evolved into a high-quality contest in Milton Keynes, England. It's the first time since 2016 that Trump has not been past the last-16.​

Stuart Bingham completed a shock 6-5 win over world number one and defending champion Judd Trump in the first round of the Players Championship at the Marshall Arena in Milton Keynes. The 2015 world champion was on for two maximums in making breaks of 113 and 112 in a constantly undulating contest before dominating the decider to secure a quarter-final with Zhou Yeulong or Barry Hawkins. :​

Trump showed no hangover from his shock early exit at the Welsh Open, playing an exhibition-style shot during his clash with Stuart Bingham. The world number one has already won four titles this year at the English Open, Northern Ireland Open, German Masters and World Grand Prix. :​

Back to back defeats for Judd Trump means worrying times if you bet one of Her Majesty's £10 notes on him to win The Worlds . Maybe Judd's fed up with the UK lockdowns and needs a new car or a holiday , who knows ?

Times are tough in the lock down and hair dressers are shut etc but WTF hairstyle is Neil Robertson sporting ?

Australian number three seed Neil Robertson had no difficulty in reaching the quarter-finals of the Players Championship at the Marshall Arena, Milton Keynes. The 39-year-old hit four centuries during a 6-1 win over Lu, with his opponent scoreless over the course of the final three frames. :​

Ronnie O'Sullivan put the disappointment of losing the Welsh Open final on Sunday behind him as he won his first match at the Players Championship in Milton Keynes. He defeated Ding Junhui but needed all eleven frames to win the match, as he eventually sealed a 6-5 win against his opponent. :​ 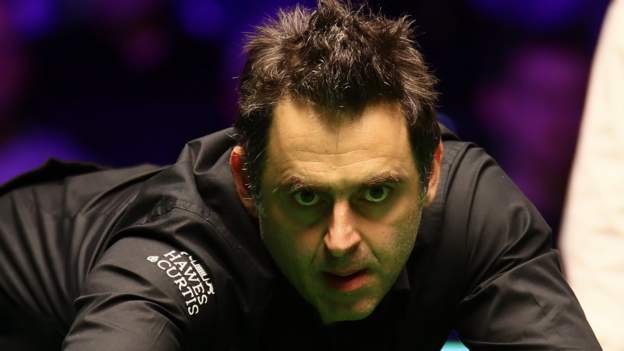 Ronnie O'Sullivan reaches the second round of the Players Championship in Milton Keynes with a final frame victory over Ding Junhui. 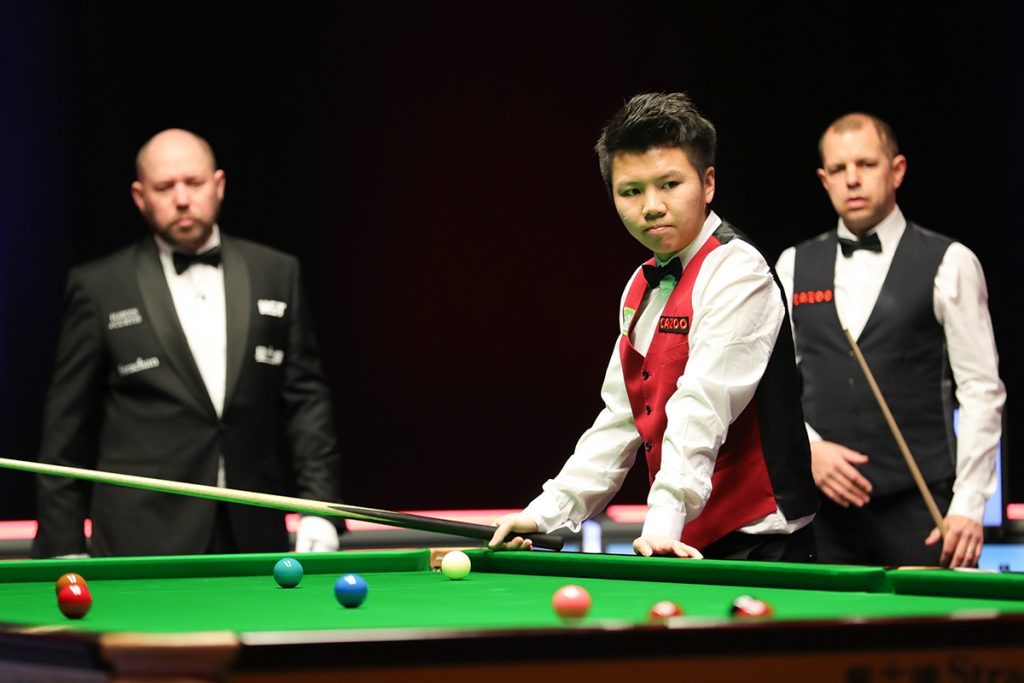 On the other table, Barry Hawkins edged out Zhou Yuelong 6-5 in a match which was crucial to both players in terms of qualifying for next month’s eight-man Cazoo Tour Championship, as well as the Race to the Crucible. Victory for Hawkins tonight is worth £15,000 on his ranking tally.

From 4-2 down, Hawkins made 109 and 57 for 4-4. Zhou regained the lead with an 85 then Hawkins won frame ten with a 143 total clearance, the new front-runner for the £10,000 high break prize. In the decider, Hawkins edged into a 55-14 lead, then missed the pink to a top corner to hand his opponent one more chance. But Zhou missed a red and went in-off, immediately ending his hopes.

“It was a good standard up until the last frame, then we both had a few twitch-ups,” said Hawkins, who now meets Stuart Bingham on Wednesday night. “It’s nice to come out on top because it was an important match for both of us.”

Zhou Yeulong was my not so outrageous bet for The Worlds , he was 150/1 but 100/1 chance when I jumped on but up against one table set up specialist Barry Hawkins he got out foxed and just came up short . Zhou is a great player and hopefully he takes this result as a good lesson in his career .

Neil Robertson returned to action in style by hitting four centuries in a 6-1 win over Lu Ning in the first round of the Players Championship in Milton Keynes. The UK champion missed last week's Welsh Open to focus on his family, but his natural ability on the baize is bettered only by his natural lockdown locks. The Aussie admits he's happy to keep the curls until the barbers open back up. :​

Mark Selby overcame a tough test against Mark Williams to win 6-4 at the Players Championship. He will face John Higgins in the quarter-finals after the Scot won 6-0 against Welsh Open champion Jordan Brown. Higgins made three successive centuries to start the match. Barry Hawkins beat Stuart Bingham in the first quarter-final on Wednesday. :​

Brown says he’s changed his opinion of the six-time world champion, who he admits annoyed him when he said last year that he would have to “lose an arm and a leg to drop out of the world’s top 50”. The Northern Irishman was ranked 81st going into the Welsh Open, before he pulled off a shock win over the snooker great in the final. :​

It didn't take long before Jordan Brown came crashing straight back down to earth , thrashed 6-0 before his Welsh Open cheque cleared but he can alway's do a bit of retail therapy until his next match.....

Barry Hawkins booked his place in the Players Championship semi-final with a 6-2 victory over Stuart Bingham before warning world champion Ronnie O'Sullivan about the tournament Jackpot. Hawkins has told O'Sullivan he will have to hit top gear to topple Jack 'Jackpot' Lisowski on Thursday night with the winner meeting the 2013 world finalist in the last four in Milton Keynes on Friday evening.​ 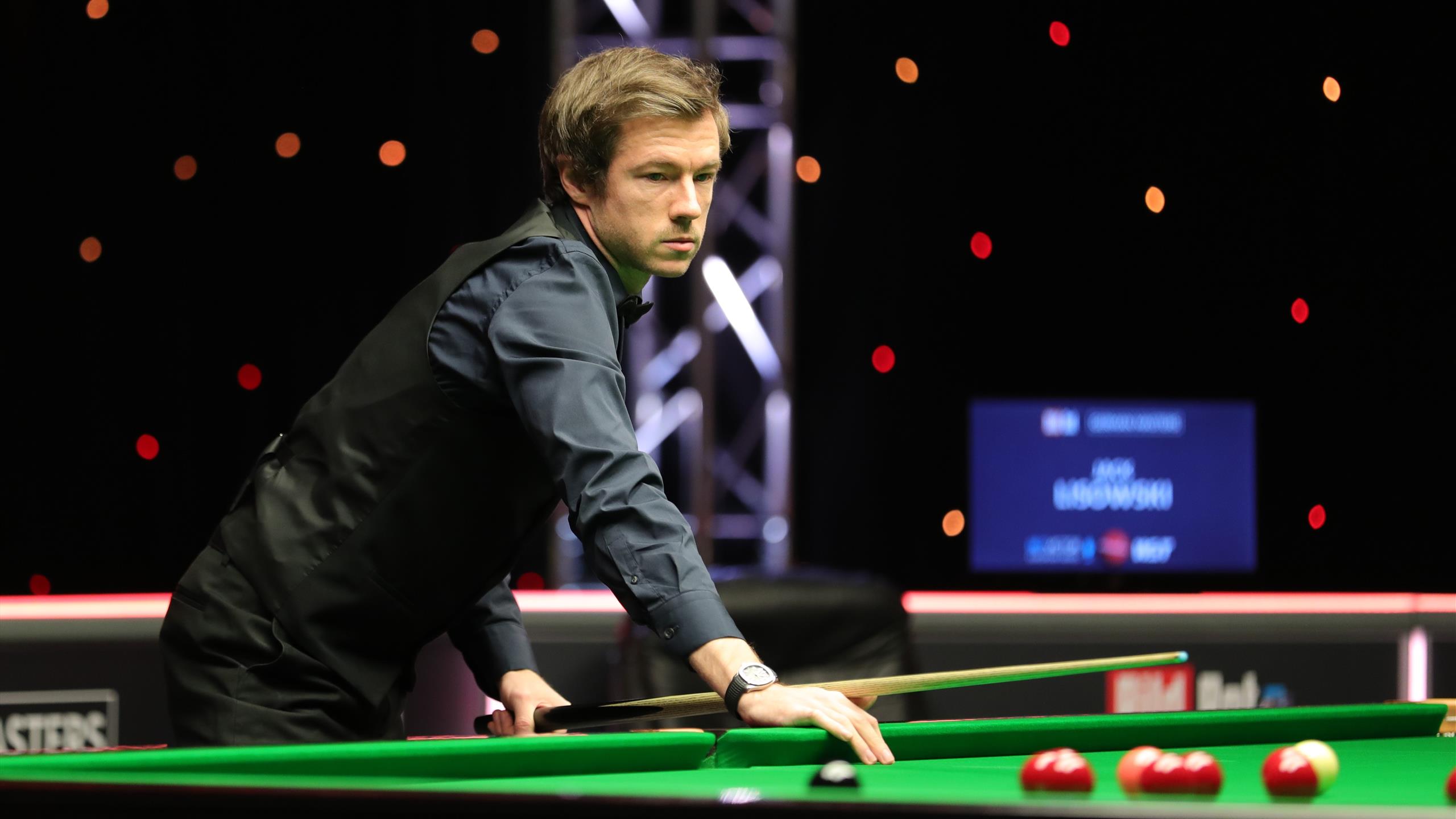 Ronnie O'Sullivan must be aware of the threat Jack Lisoswki poses in their Players Championship quarter-final on Thursday night, according to Barry Hawkins.