Silver Member
Upon closer inspection, I honestly think you have something of a marriage on your hands, Knels. Many of the balls appear to be rather mismatched... number discs vary in size, slightly different fonts and colours etc.

What a story those balls could probably tell, sir.

Silver Member
Yes now that you mention it, Colors do appear to differ from the stripes to the solids, (2 to 10, 7 to 15) which I don't think would be right, unless aramith did this on purpose?

custom design , any t-shirt print shop should be able to do this.

Many thanks for sharing a photograph of your impressive Harley Davidson ball. Tell me, sir, is the image underneath the surface or printed directly on top? Many thanks for sharing a photograph of your impressive Harley Davidson ball. Tell me, sir, is the image underneath the surface or printed directly on top?

It's not a decal , image is Printed onto the balls surface.
This is done using a computer , think of it as "digital silkscreen", any good T-shirt print shop could do this.
It's not magic. Silver Member
I'll compile an index when we reach fifty pages so any particular balls of interest can be found quickly without having to flick through the whole thread.

Silver Member
Over sixty thousand views is quite astonishing!

What a great idea creating an index page, sir.

I'm showing 66 pages here on the mobile version - what are you seeing on your end?

Ah, I'm only at page 44 viewing on my mobile phone. That rather does throw a spanner in the works regards compiling an index if folks are all seeing something different. Perhaps it will be necessary to create one using post numbers instead of page numbers as a reference?

Gold Member
Silver Member
I think the post # reference would be the way to go, Rubik's - that's how I keep track of the sets I've posted. Too bad there isn't a way to set that index up as post 1 - or perhaps suggest a stickie to the Powers-That-Be

Silver Member
To have the index on page one, post one, is a matter of a moment, sir. I'll simply edit my first post.

Gold Member
Silver Member
The latest billiard ball set to become part of the collection and get a good deal of table time this week should be somewhat familiar to most readers of this "Pool Ball Collecting" thread, for their basic design elements are typically considered to not only be amongst player favorites but are instantly recognizable within mere moments.

This set hails from a manufacturer in South Korea by the name of Cosmos, which are marketed and distributed under the Olhausen label here in the United States - similar to how Brunswick and their fabled Centennials are made by Aramith out of Belgium. They simply refer to this offering as their "Signature" set with Donny Olhausen's penmanship displayed on the side of the box.

Enough physiography you say - on to the balls....

Bold, new font. Easy to see and distinguish between other numbers/balls across a 9' table.

Four darts vs the 2 darts on the Cents.

Highly resistant to scuff marks and easily wiped clean after a few hours of play. Every ball stayed nearly scuff-free compared to the typical Brunswick set that scuffs quite easily when using the latest generation Brunswick blue circle cue ball. The Aramith Tournaments fared nearly as well in the scuff-free competition as the Olhausen's but still came in 2nd place. Impressive during an afternoon of play.

Lastly, the ball box and ball tray were easily the best I've seen in terms of durability as well as the box finish and the dense black foam cutout ball tray holding them secure and contact-free during shipping and storage. 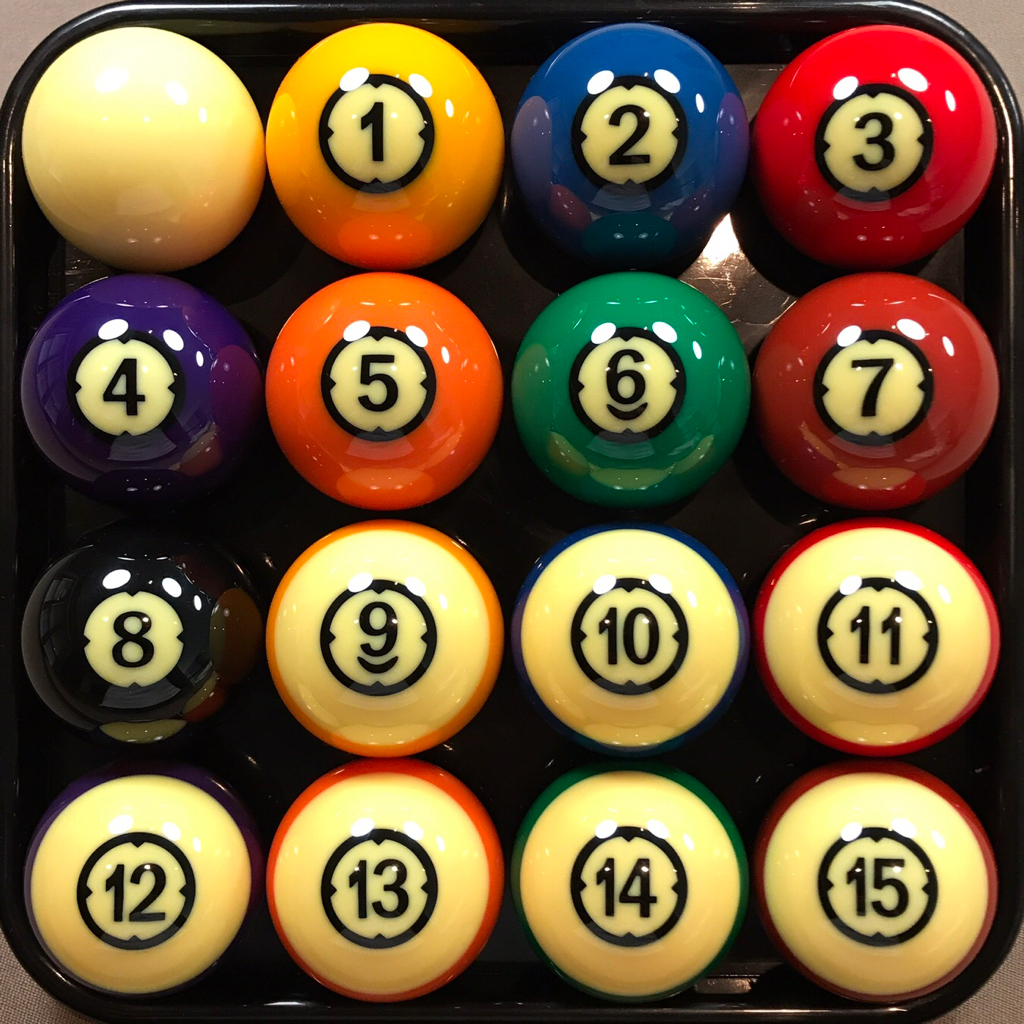 And to compare with the Centennials: 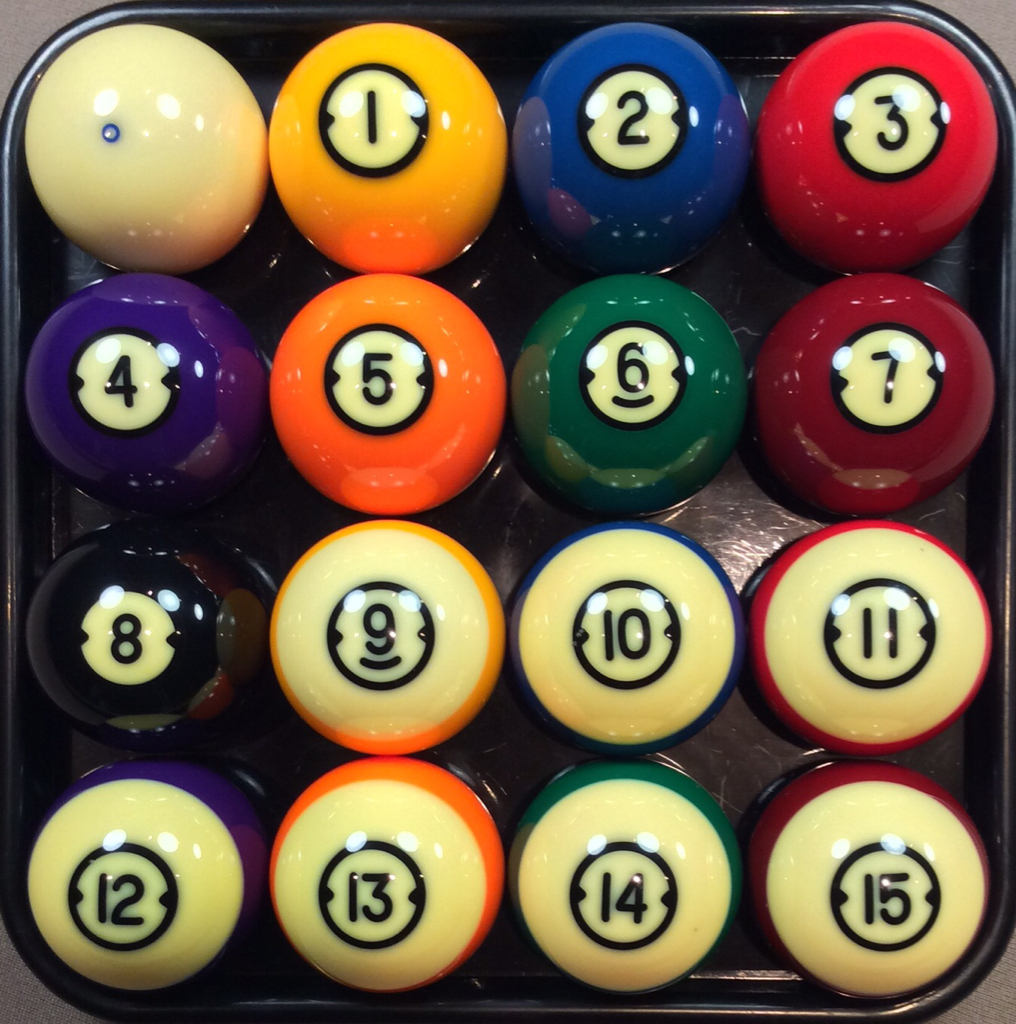 Silver Member
By the way, K2K, it was quite a simple matter to change my user option so I, too, now have ten posts per page on each thread. I reckon as long as this setting is specified in the index on page one, we should be good to go with a simple page by page reference.

I have created an index in the hope it enhances your enjoyment of this thread and also helps folks find a particular ball or set of interest. Post numbers are indicated in red.

This index can also be found permanently on page one, post one, where I will endeavour to update it every few hundred posts or so. Many thanks indeed to all who have contributed thus far.