It's not just us sandbagging!

Silver Member
A long time ago I fished the Southern Kingfish Association circuit. The goal was always to become a sponsored team because this a pretty expensive endeavour. We'd fish about ten weekends and hope to accumulate enough points to make it to the year end finale in Biloxi. That's where the boat manufacturers would take notice a d our goal was to get a deal. The low end sponsored teams would get a boat at cost and a couple of bucks per tournament and then sell the boat at the end of the year to recover some expenses, so once you got a boat the pressure was crazy each week to get fish on the board.

Typically we would pre-fish a couple of days before the tournament to learn the area. One day of the tournament the committee boat was stopping and searching coolers on the way out, and you guessed it, most of the company boats already had a fish from the day before. No fish big enough to win and have to take the lie detector, but big enough to earn points towards Biloxi. My two buddies and I decided that day we could find something else to do with our time and money.

Z-Nole said:
Totally agree with that! I had a shore lunch with walleye up in Canada. One of the best meals ever,
Click to expand...

Yes.. but have you tried it with a side of lead and random filets??

For desert it comes with a choice of an Ass Kicking or Prosecution. 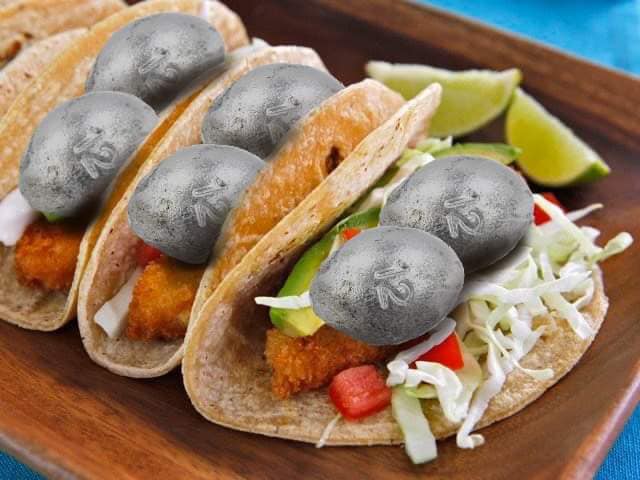 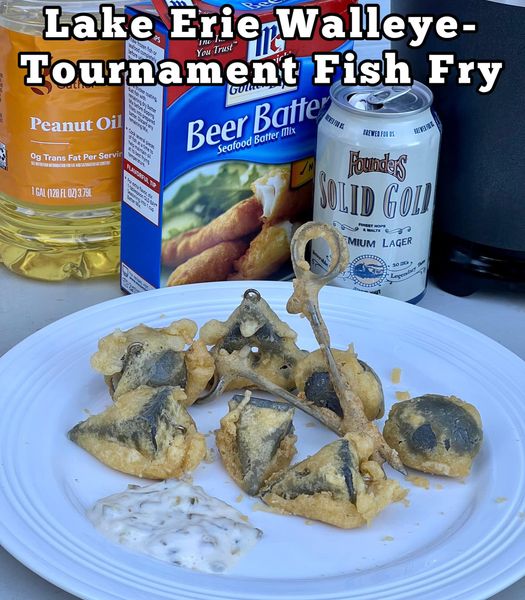 Silver Member
I went commercial fishing for ten years, year round in the North Atlantic out of Gloucester, Mass..

The amount of cheating, lying, hustling and stealing was throughout the entire industry. To see it in tournament fishing is no surprise to me at all... 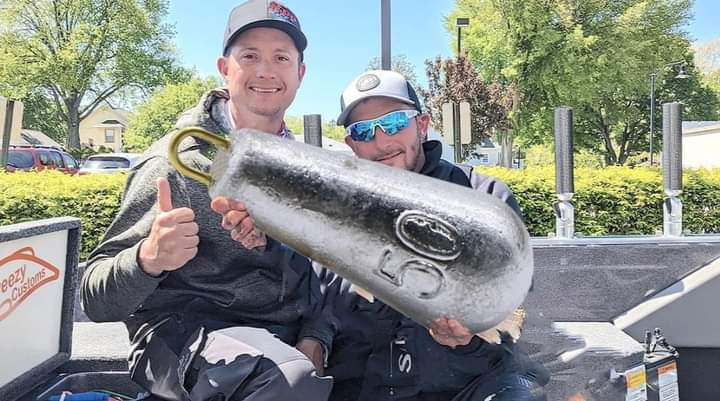 Not going to end well for those guys. I'm sure those idiots are getting hammered online. Rightfully so! They are probably shameless though... I imagine their DNR will have a thing or 2 to say about it as well. I hope they make an example out them.

8cree said:
Not going to end well for those guys. I'm sure those idiots are getting hammered online. Rightfully so! They are probably shameless though... I imagine their DNR will have a thing or 2 to say about it as well. I hope they make an example out them.
Click to expand...

What is that?
Q

Folks my age all think

Basically State Troopers for Wildlife and Land.
Click to expand...

Gotta hand it to that organizer. In the longer version video he is very loud and clear in telling the crowd not to touch the two cheaters. The amount of money involved makes this a serious enough case that I think they will see some jail time.

Gold Member
Silver Member
Almost 30 K is a pretty good boat or car btw...so it is not some small thing.

Means if you do into Cardiac Arrest, no one is doing nothing to save you from death.

pvc lou said:
so weird that in the last couple of weeks there's been a cheating scandal in chess, poker, and now fishing...what in the wide world of sports is going on?
Click to expand...

People have always cheated. I guess it's easier to detect now, with modern tech and computer analysis. I think in most sports that have substantial prices, it's fair to assume that most of the best are cheating in some way or other. Just take cycling as an example. Most if not ALL the best at one time were cheating, and that went on for decades. Mention any sport with major prices, and you'll find cheating en masse. Football, baseball, soccer...How many people do you think have been stuffing their fish with something in those fishing competitions over the years, or sneaking pre caught fish into their boats? Or hid fish under the water somewhere, getting passed fish from other boats out of the money or whatever?

In sports like pool or snooker, we have the opposite kind of cheating where people lose on purpose. The only reason for that, is that nobody has come up with a reliable way to boost performance, other than maybe some drugs. Still not substantial enough to guarantee a win. I no longer bet on snooker. I had quite some money on a well known, but not absolute top player, and he laid down in such a disgusting way I almost smashed my tv. It's of course impossible to prove definitively, but for someone with knowledge it's plain to see. Just like Magnus Carlsen could see Hans Niemans chess cheating before the analysts could, though I'm no Magnus Carlsen: https://news.yahoo.com/chess-grandm...wFC-POMif2uek4cSynfSPWbwk9aBZiJ8z5IpUFWe_JUAB You can see the same thing going on in pool as well, and people have admitted to me that they do it on the Eurotour. Came right out and said it, with no shame what so ever. It's not like I can do anything about it anyway, they'd just deny it. Pool and snooker have lost their luster to me. I prefer playing to watching now, and for the most part I don't even do that anymore. I sometimes wonder to myself how many of the matches I watched and enjoyed throughout the years were even real? I guess it's one of the reasons I like Earl Strickland a lot more than many others on here do. I feel fairly certain that he's always trying to win. That's worth a lot to me.
Last edited: Oct 4, 2022

Dead Money said:
Almost 30 K is a pretty good boat or car btw...so it is not some small thing.
Click to expand...

Prize was actually $45k. Chump change compared to what they’ve won over the last couple of years.
Q

CocoboloCowboy said:
Means if you do into Cardiac Arrest, no one is doing nothing to save you from death.
Click to expand...

Thanks very much for the explanation. But do you really think I did not know that?? Just curious.....

Quesports said:
Thanks very much for the explanation. But do you really think I did not know that?? Just curious.....
Click to expand...

Not every one does, so maybe some person learned something.