I've been wanting an LED light for some time and did a bunch of research. I looked at importing a snooker style light, LED light strips, Diamond and Brunswick boxes, etc etc. I ultimately ended up buying a custom Littman light and it is so AWESOME!

Mike Littman was able to color match my table and build a great 7 foot LED table light. The table is lit!! [pun intended!].

If you are looking to buy/upgrade to a LED light, and the market doesn't quite have what you're looking for, definitely hit Littman up! 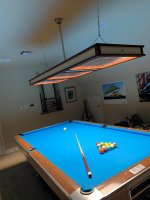 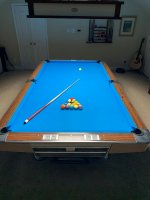 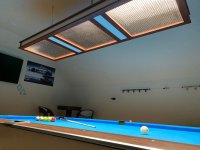 Just added pics. Links were messed up, so I attached them.

Here are a few more. 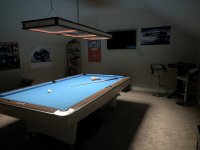 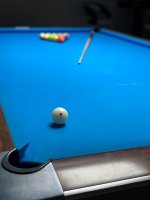 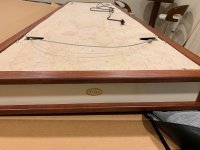 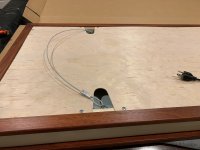 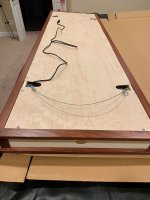 Gold Member
Silver Member
Looks badass! I checked out his site. If I ever need a custom LED pool table light, he is on the A+ list! How much was it? I saw his pricing on the site, just wondering what that one ran, plus shipping. Thanks for sharing!

P.s. Your room looks awesome, enjoy all that time, money and hard work you put in. You surely deserve it, that is one pristine pool room!

Silver Member
Looks awesome! I especially like the fact that the diffusers keep you from being blinded when looking at the light from the side.

Lawnboy77 said:
Looks awesome! I especially like the fact that the diffusers keep you from being blinded when looking at the light from the side.
Click to expand... 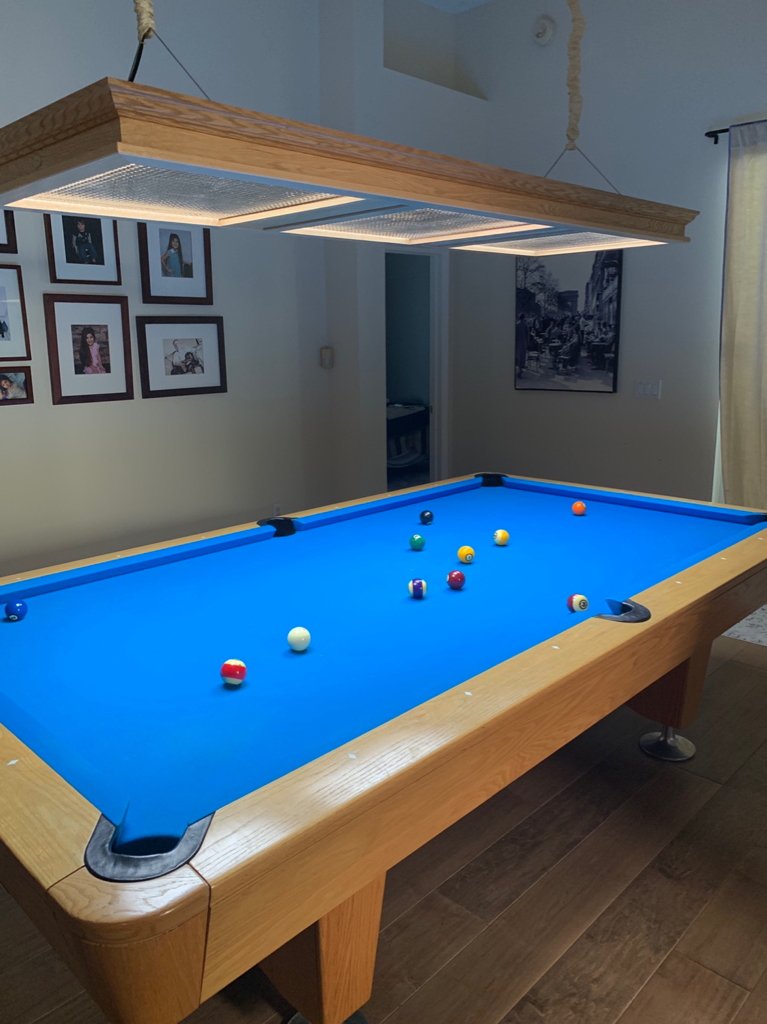 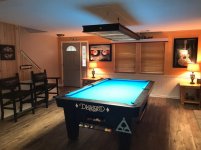 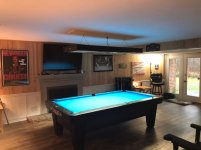 Silver Member
Is this the guy from Facebook? There was a guy making REAL nice light boxes at reasonable prices a while back looks great even though the grating isn't my cup of tea, similar to diamond lights style
E

td873 said:
Just added pics. Links were messed up, so I attached them.

Here are a few more.

Silver Member
Really nice lights, and rooms. While similar to the one I built, they are more refined and elegant. Having grids is the only way to go, I'm really happy with my white ones, but the silver look is nice also.

How are you hanging the magic racks on the wall?

Gold Member
Silver Member
After a full year, I couldn't be happier. Light is awesome!


MooseKnuckle said:
@td873
How are you hanging the magic racks on the wall?
Click to expand...

Gold Member
Silver Member
A few notes: I use guitar holders as cue stands all around the room.

For a long while, I used the USB plug on the TV to power a gopro camera for streaming/recording. Was nice to only have power to the camera while the TV was on.

Silver Member
I kicked around the idea of using LED in the custom Gold Crown Light I built to match my table. This is the second custom light I've built. The reason I ultimately decided against LED was inexperience in knowing what combination of specs would produce the same effect as the (8) 5000K, 2,600 Lumen, 90 CRI bulbs I had used in my old fixture. There's a ton of conflicting information out there about LED's and I just didn't feel comfortable going that route. I didn't want to get into a situation where I used LED's then had to take the fixture down and swap out/retrofit panels because the light wasn't to my liking. I had a combination that worked so I decided to stick to it. This is what happened to AZB member pocket who I also built a Gold Crown light to match his GCI. He retrofitted the fluorescent fixtures (removed ballasts) and used LED T8 replacement bulbs. All was good until he put on the egg crate diffusers. For whatever reason, the light tiger striped with the diffusers. After sone deliberation, he decided to reinstall the ballasts and go with the fluorescent bulbs mentioned above.

Both lights below starting with the old. 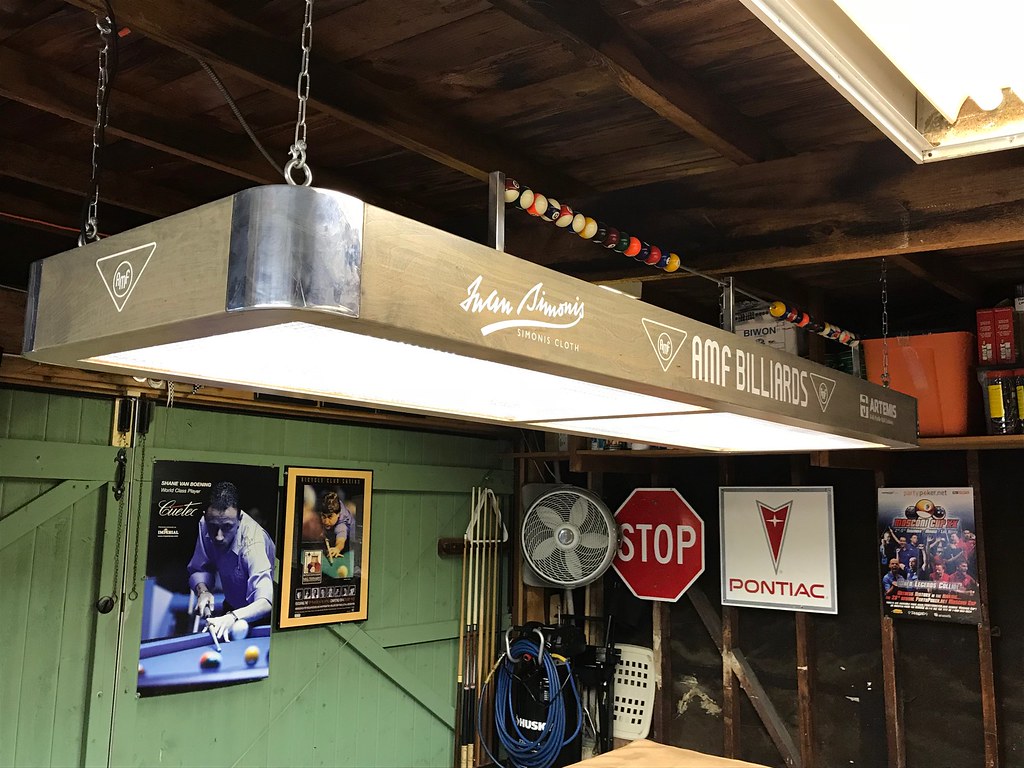 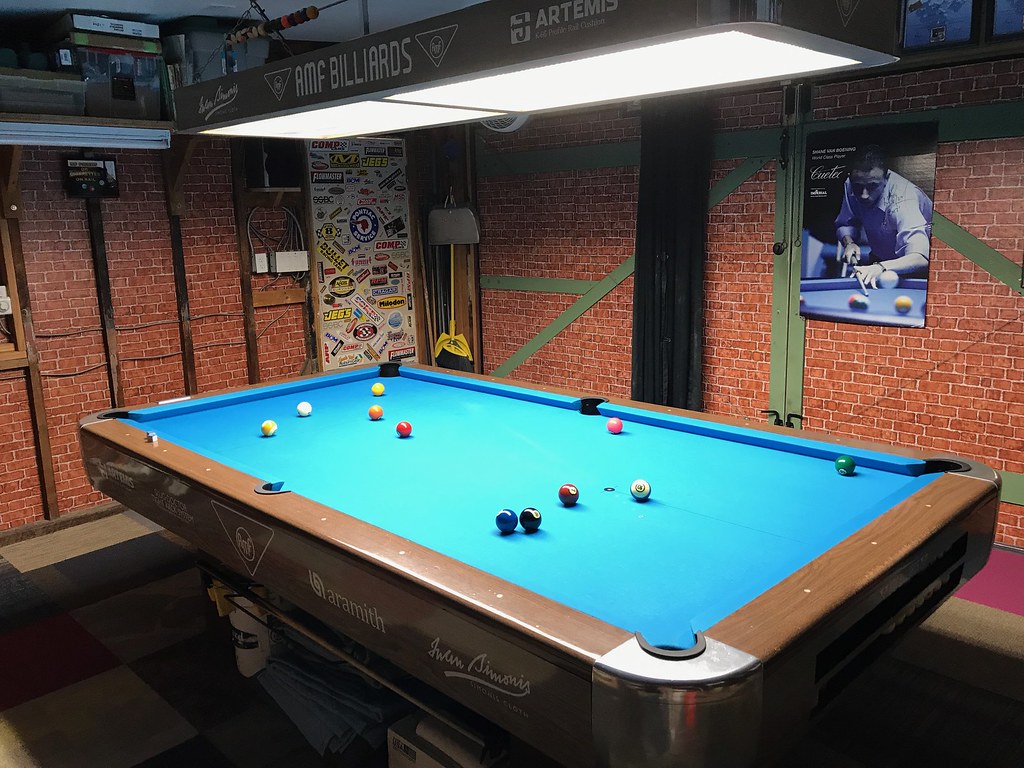 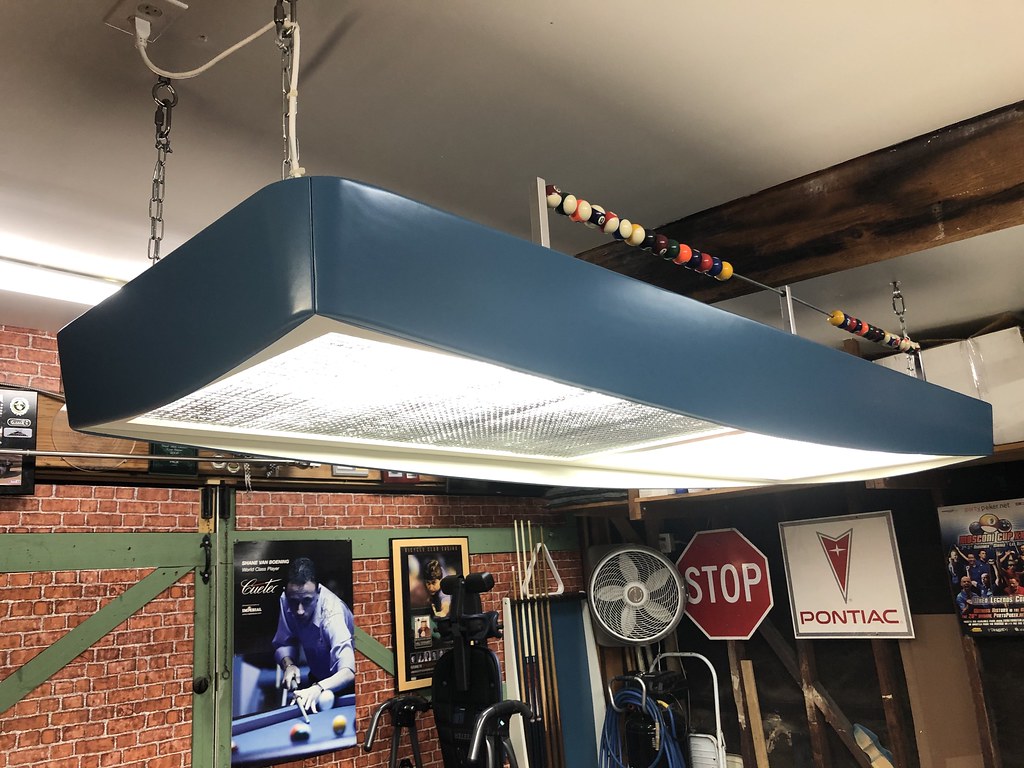 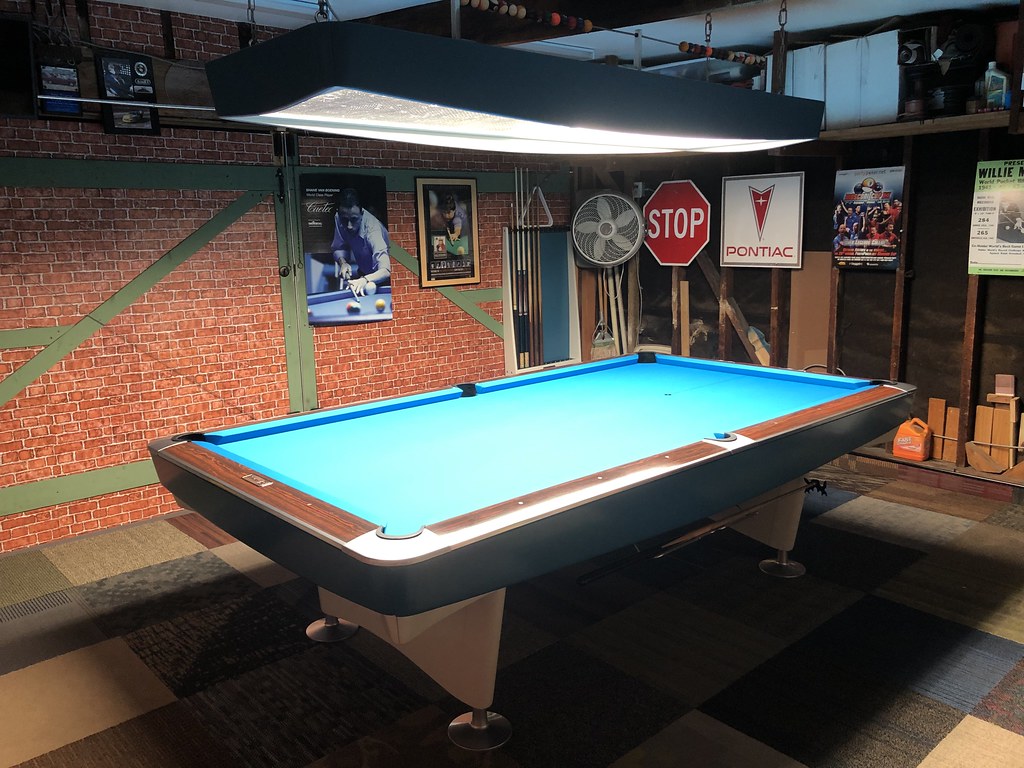 Silver Member
To be fair, I am a huge fan of LED light. I retrofitted my old jobs building and warehouse with LED lights. Mr original 4 shade brass pool table light had LED bulbs in it, never had an issue.

When Rexus began the project of building the custom light for the table I 100% was going LED.

The problem? The 94cri LED T8 bulbs I bought (and they weren't cheap) had a clear lens on them. The diodes were all in a row facing the table. The weird shadowing was caused by the direct un-diffused light. Had I bought frosted lens bulbs, this would not have been an issue.

Rexus31 was being kind. When I re-wired the fixtures to accommodate the direct wire LED T8's I threw away the ballasts. DOH.

I had to take the light down, re-wire for ballasts, buy new ballasts and LED bulbs, and re-hang the light.

I'm happy with the light. Not so much with my game

Hope that helps someone.
E

@td873 and @tenfttall,
It looks like you both have 9ft tables. I recently received my 7’ Littman light and my 9ft table will be arriving in a week or 2. What is the final distance (from the playing surface to the bottom of the reflectors) that each of you chose? Thanks
You must log in or register to reply here.
Share:
Facebook Twitter Reddit Pinterest Tumblr WhatsApp Email Share Link
Top