What’s the Most Frustrating Aspect of Being an Aging Pool Player?

Wow, well spoken, Tate. Talk'n about hitting the nail on the head.
K

At 72 it is very frustrating, some of the young people don't want to listen to us anyway. There should be a senior division.
M

I'm 66 years old, and my skills are better now than when I was a young man. But my stamina is not. After 60 yo 90 minutes of play, by back hurts, my feet hurt, and the discomfort makes me start shooting poorly. I'm guessing the same goes for the aging professionals......

UGOTDA7 said:
- Back / neck issues
- Eyesight not as good
- Losing your edge / killer instinct...it just doesn't matter like it used to
- Frustration with knowing how to do it...but at times not being able to execute
- Inability to focus over time...such as long gambling match ups / deep into tournaments
Click to expand...

Can I get a hallelujah on this list. Sounds like we suffer from the same debilitating list of items as most people. Heck I'm only in my early 50's but I have a strong work ethic and often did things I probably shouldn't have and now I'm paying for it.

Arthritis, tendonitis, back pain, neck pain, bad knees, continuing loss of close-up vision, and the more knowledge I gain the more frustrating it is not being able to to execute this knowledge regularly or without suffering from the above laundry list of ailments of age.
B

Silver Member
There's been a near forty year span of posters in this thread. I guess the real answer is you qualify for the senior division when you wake up in the morning wondering, "What's going to hurt today"

That's just another reason I want a little Valley with buckets next to the GC. Some days you just need to take it extra easy.l
O

Don't despair. Robert Byrne ran his age in 14.1 when he was in his eighties!

Silver Member
What I think is remarkable about this thread is the number of members, some who've been members several years, who have made only 2 or 3 or less than a dozen or so posts, and were compelled to post here!

Silver Member
Hi there Chrisin I have been in and out of the game since I was 13 yrs old and am now 81 and just getting back after a 6 year layoff. I practice a couple of hours a day and have been working on my mechanics, stroke, stance etc. (basics) and although my body can't get down as low and my eyes often play tricks on me, every day is a learning experience which is what I love about the game. Me and my cue and whitey on the table is always a brain teaser and still a magical experience.
I think that losing an edge is inevitable but the best excuse for losing a match in the world and a wow moment when you beat someone good.
P

ChrisinNC said:
How about missing incredibly easy, short shots that you would never think you could possibly ever miss in a lifetime, or screwing up an incredibly no brainer easy positioning, which leads to a harder shot, which you then of course miss.

After playing pool for most of 50 years, in my experience, none of what you are describing sounds like the effects of aging to me.

Pool is a brain game and once you have learned good technique execution errors typically result due to lack of focus and lack of focus tends to result in rushing the shot. The shot consists of choosing the next 3 shots, deciding where the cue ball needs to land to keep the pattern going and how much force/spin (if any) is required to stick the landing, clearing your mind, executing your standard pre-shot routine, addressing the shot, warm up stroke(s), and pocketing the ball. If you rush or omit any part of that, or are trying to balance the checkbook during the process your results will suffer.

What typically makes it worse is a player's reaction to execution failures. Getting upset or doing anything other than replaying the shot to figure out what you did wrong (was I distracted/unfocused, did I move my shoulder? etc) is a wasted opportunity to improve. If you don't know what caused the failure, how are you going to fix it?

When players don't know what is causing their problems they can start questioning their abilities and can quickly auger in, as the pilots say. i went through this sort of slump due to onset of double vision coupled with life threatening levels of stress due to the very good paying job from hell and trying to take care of elderly parents. Not having time to think much about anything not related to the above, my game went in the toilet and I ended up quitting in frustration.

After two eye surgeries I tried league again and was still struggling until I was able to retire and leave the job behind, the parents passed and was able to wrap up their affairs. It took some self analysis to figure out focus was my problem and more time to calm the hell down. After having the time to exercise get back into yoga, and practicing focusing, I am happy to say that I am back to kicking ass in both leagues that I play in.

However, it is a process that requires rinsing and repeating. With the exception of the elder statesman on our team (he is 77 and the local custom cue maker) I am just about the oldest player in the local leagues (will be 68 next month) but am now shooting very close to what I was at 20. I am coaching my younger league team mates (the ones that will listen) and it has helped their playing.

Back to your stoking issues, they can be caused by lack of focus, anxiety and/or you have developed some bad habits. From personal experience, anxiety can make you flinch, twitch, stab, lurch, punch or otherwise goof up your stroke. I went from having a worry free instinctive stroke when I was 20, to losing all confidence a few years ago. I got my stroke back by independently coming up with and using a variation on a drill described in this thread:

But the thing that made the biggest difference in my overall playing was practicing focus, which also has a calming effect and puts me in that confidently hyper aware state I seem to need in order to be a dominant pool player.
B

I will be 80 in May. What I hate most is nobody even plays this game anymore Gone are the days of pool rooms all over town like in the 1950"s. In NW Baltimore there was Henry Gordon's, Benny's, Harry's and of course downtown there was Klines. Back then the late Champagne Eddie Kelly was just plain Ed Kelly. He was an Author Murray dance instructor days on 1st floor, then shot pool evenings upstairs in Klines. Woman paying to dance with him, then hustling pool. What a life.
I racked for Willie Mosconi when he have an exhibition at Henry's. Did not buy his little book for $2 and have him sign it. DUMB
D

at home i had my high run of 56 balls,
but it might have been due to gratuatous rolls,big pockets,
just luck,but i drew my ball and made a couple of long shots

potter asked if i had any ewitnesses,that may explain it
my count might be in error
D

Silver Member
5 years ago I almost shot my age at golf
I finished the front 9
eagle ,birdie,birdie,par.birdie fo 32

I got tired on the 13th hole and went home

but pool,i might be playing my best
of course i never was very good

Silver Member
At 72 i am just as competitive .I think for me my eyes are the biggest distraction ,seeing the edges especially on dark balls and low lighting. I play for a Amvets team with some vets 2 90 year olds a 78,76,myself and a snotnose 56 yr old.One of the 90 yr olds runs out probably 20% .Ilove playing our young master ,AA players in the no jump cue tourns. They couldnt kick a can in front of their toe.Iknow i cant practice as much but trying to learn new ways new drills makes it a little more interesting. Tor Lowry (zero-x) Dr Dave they and others offer alot of ideas.And Depends keep you at the table longer.
K

I'm 75 and been shooting for 65 yrs and realized last year I was shooting poorly. After a two year slump, I

Silver Member
Many days/nights, for no explainable reason, my nerves aren’t right and I just simply can't seem to deliver my cue straight back and straight through consistently. Due to that, I’m capable of missing absolutely any given shot at any time, no matter how easy. I never experienced anything like that in my younger years. Very strange and frustrating.

It often takes me 2 or even 3 hours of playing before I start feeling any confidence in my stroke. My best tournament play generally occurs when I get knocked in the loser's bracket early, then manage to survive numerous matches in the 1-loss bracket, eventually finding my stroke and confidence.
Last edited: Jan 9, 2020
C

WOW I beat stage 4 cancer twice. Hey and consider yourself lucky you made it into your 60's and enjoy every waking moment you have weather it is pool or anything else your doing in life. I look at it as thankful I can still experience the frustrations. Smile my friend count your blessings even when they don't go your way. Your still here and at least not pushing daisy's. Be thank full your above dirt.

ChrisinNC said:
I know I’ve started threads on here before whining about my diminishing pool skills now in my 60s, but I’m hoping by the title of this thread that the responses might be slightly different this time around.

So I pose this question, what is more depressing and frustrating for an aging pool player who loves the game and hates seeing it dying out?

1) Having all the experience and knowledge acquired in nearly a lifetime (50 years) of playing pool, but no longer being able to execute the shots anywhere near the level of consistency that I used to have? Or

2) The complete absence of having any young players around to allow me the opportunity to pass on this knowledge and experience, in attempt to help them become better players sooner than they otherwise would, and certainly sooner than myself, considering I had no one around to look up to and teach me when I was young?

Yes, I know there are plenty of you out there, most likely under 60, who may feel that advancing years should be no excuse for diminishing pool skills. There is some concrete reason why there have been no major pool titles won anytime recently by players 50 years of age or older, just as in the case of golf, a very similar sport.

I claim that if Tom Watson had been able to make that 6 foot putt to par the 72nd hole of the British Open 10 years ago, just months shy of his 60th birthday, that would have easily been the most remarkable individual sports achievement in history. It would have given many of us the inspiration that anything is possible at our age!
Click to expand... 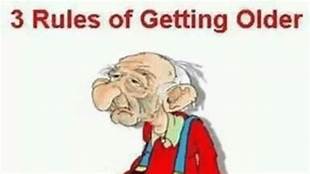