Just needs the tie to be red... 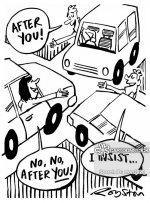 The rage is happening in all the cars stuck behind those, eh. I give it less than a half hour before one of 'em honks.

Gold Member
Silver Member
The percentage is the deal! 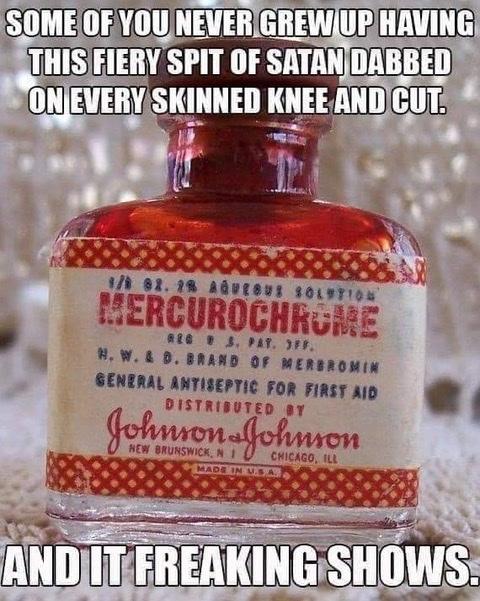 Just saw this going back aways.

When I was a wee shaver the mercurochrome wasn't thaaat bad, it was the Iodine! Later I learned there was 0.5% Iodine which wasn't bad at all, 1.5% which would light you right up, and 3% which would have you going up like a bottle rocket!

Many years later I had 15% iodine to use as a mixing ingredient. It came in a plain brown quart bottle. I also had peroxide in a plain brown quart bottle. My brother-in-law stuck his thumb into the fan blades of a running car engine, maybe got it sucked into the belts and pulleys. Either way, He ripped the thumb nail right down the middle and had half of it and half the meat of the end joint of his thumb just flopping around, blood pouring everywhere!

He runs into the office, grabs a brown bottle, and pours that 15% Iodine over his mangled thumb. he took off headed for the back fence of my property, almost a quarter mile away. Kicking in the afterburners I was able to catch him about halfway to the fence.

"Where the hell were you going?"

"I don't know, I just had to get away from that stuff!"

patrick johnson said:
the rage is happening in all the cars stuck behind those, eh. I give it less than a half hour before one of 'em honks.


Sent from my iPhone using Tapatalk
Click to expand... 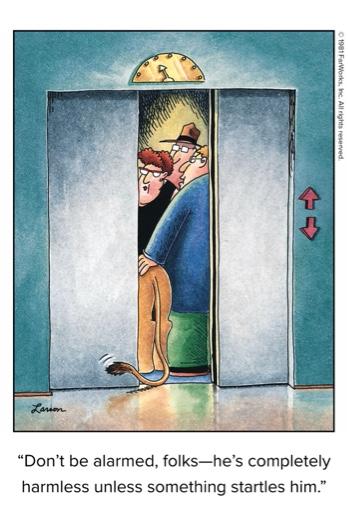 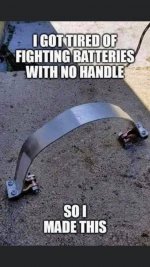 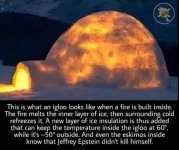 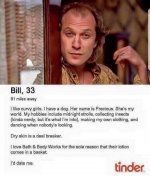 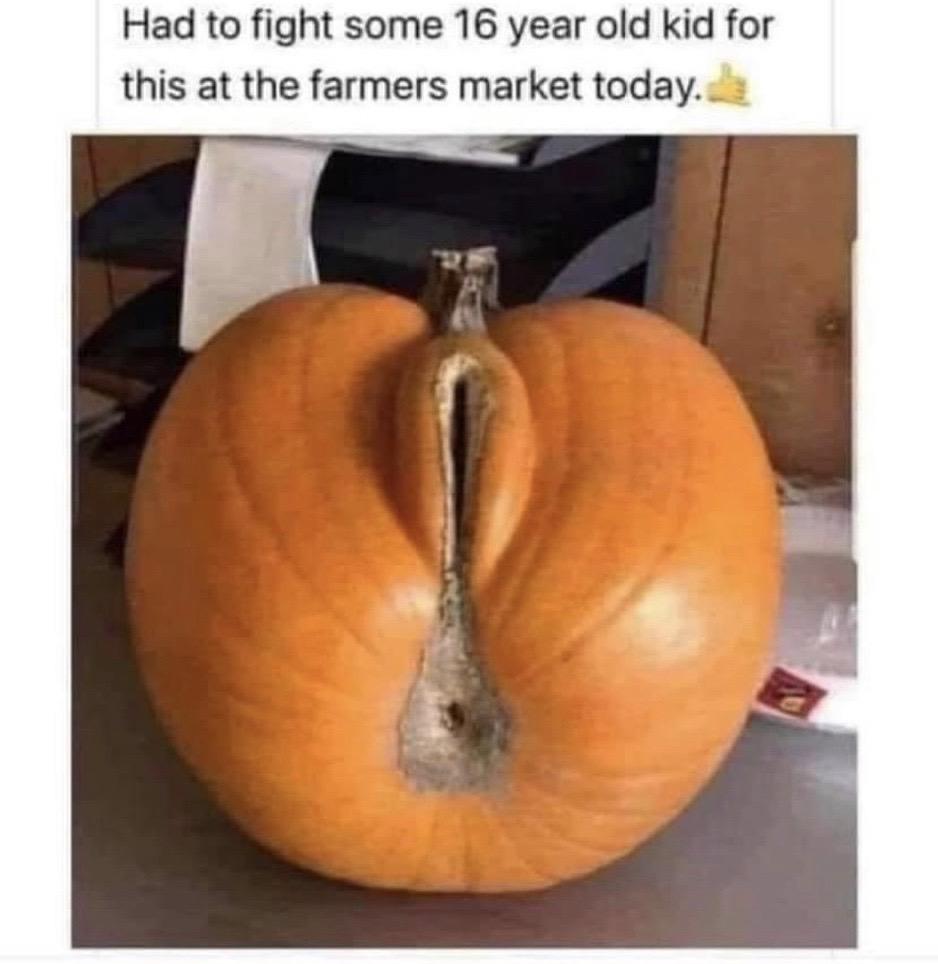 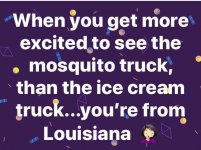 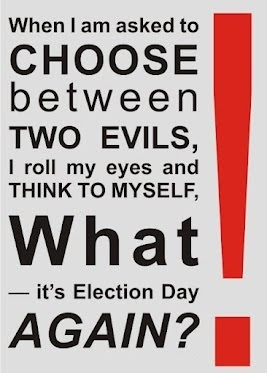 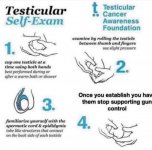 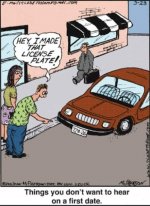