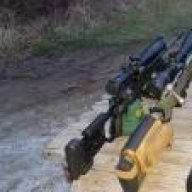 Silver Member
Go ahead.....run for it. · From Kokomo, Indiana