Jaden said:
Do they have brackets any where? I can't seem to find them 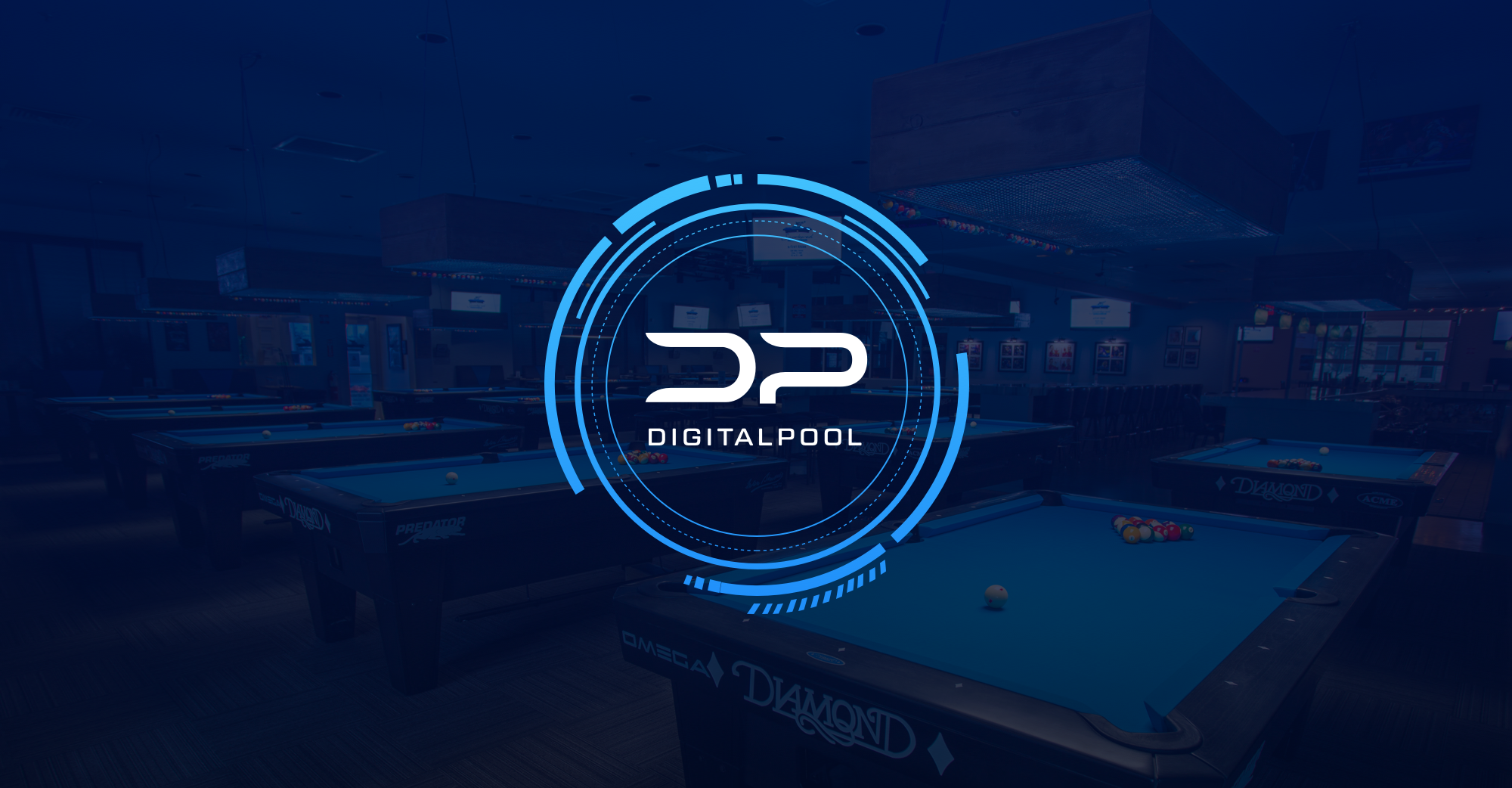 Jaden said:
Do they have brackets any where? I can't seem to find them

Silver Member
Hope they put some of the Banks on the secondary stream. Bracket up:

mattydrva said:
I really hope JJ is noticing Tony's recent rotation game and giving him much consideration for Mosconi Cup. For the three remaining spots on the team I cannot come up with 3 better rotation players in USA than Tony. Actually, I hope he gets more than consideration but rather selection.
Click to expand...

Shane gets the final say who will be on or off.

Silver Member
Alright I figured I'd come on and give some commentary on the last match in the tenball.

Gomez is currently sinking the 10 ball on his own break to tie it up 1 to 1. Now Gorst will be breaking.

Silver Member
Gorst breaks and makes 2 balls on the break, well actually he makes 3 since the cb went right into the side. There are some tied up balls, so Superman has his work cut out for him.

He's putting the cb just a couple of inches from the 1 right on the rail. I don't know why he's doing it this way, He was able to break out the 6,8 but he'll either have to play safe on the 2 or play a carom off of the nine into the corner. He could play a two way with the carom off of the 9 and playing shape down table behind the 5 so he's hidden behind the 5 if he misses the 2 but has shape on the 5 if he makes it.

Instead, he calls the combo 2-9 banked in the opposite side attempting to carom off of the 8. He gets a safety out of it, hiding the cb behind the 6,8 which he tied back up, but I don't think it was intended as he would have been hooked on the 2 himself had he made it.

Gorst hits the 2 with a 3 rail kick and while it looked like he would get a safe, the 2 goes far enough to open itself up for Gomez.

Gomez still has to contend with the 6,8 as the 6 only has one pocket and super tight shape to get there. It looks like he sets himself up to play a lock up safe on the 8, but may have come up short to make it easy. He did and had to use a ton of inside. He gets the safe but leaves a one rail kick that gives Gorst a chance to make it in the side.

This is like the 3rd time that Gorst has over hit a kick and come up short by tightening the angle, it almost seems like they're playing on a red label even though I know they aren't.

Gomez gets bih and the table is wide open, yet he somehow overshoots shape on the 8 and lands right on top of it.

Gorst does have a rail first kick on the 8 down in the corner and it looks like that's what he is eyeing up.

Wow, he cinches it at speed and comes back across the table for a makeable shot on the 9.

Silver Member
They seem to be taking a short break.

Gomez breaks and makes two balls on the break. Wow, I think the 6,8 are going steady cause they love to hang out with each other. The trick to getting out this rack will be to get a shot on the 6. He may elect to play a 6,8 combo and he does and makes the 8.

He ends up with a little more angle on the 6 than he would like because the 9 is blocking the rail for natural shape, but he's able to draw out for the 7 in the side and gets out to tie it up again at 2-2.

Silver Member
Gorst to break again and he makes one ball on the break, but his break is beautifully controlled, 1 tracks down to the corner and the balls spread marvelously. This is what he was doing to send Filler packing. His break has been on point.

He chose an odd way to come down for shape on the 2 and is forced to play safe when he comes up short. He follows off of the 2 to rest on the 10 and sends the 2 off of the back rail about 4 inches.

Gomez hits the 2 after going back and forth off of a kick but then scratches in the side. Fedor gets bih with a wide open table and does manage to get out taking the lead again 3-2.

Silver Member
Gomez breaks and makes two balls on the break. He has a much less controlled break and the cb runs away but the 1 lights up in the corner and the balls spread well.

Gomez pops off of the 1 and comes around 3 rails to BARELY find a window for the 2. He comes up a little short of ideal shape on the 3 leaving an angle that could have him running into the 7 but he should be alright either way. He gets good shape on the 4 and should be out this rack keeping it a tie game; however, he'll need to take at least one of Gorst's breaks or Gorst will finish first.

jay helfert said:
What happened to the Ten Ball brackets?
Click to expand...

Silver Member
Fedor breaks and makes 3 balls on the break, again in a very controlled manner. The 1 tracks for the same corner but gets kicked in, but the 2 sits right in front of the side pocket. Aside from a relatively tight 7,8,10 cluster the rack is open and should Gorst get on the 7 I foresee this being a bnr.

Fedor gets a little straight on the 6 and is forced to draw back about 5 feet for the 7 with a 4 inch window. It looks like he hits the window perfectly. He did, he had to force follow caroming off of the 10 but gets great on the 8 in the side and finishes off the rack to get up 4-3.

Silver Member
Roberto breaks and makes 3 balls on the break. Again, it's a little less controlled and the cb runs a bit but the 3 is back cuttable into the corner and the table is wide open from there.

Gomez back cuts the 3 and runs around the table, clipping the 9 and getting behind the 5 from the 4. He's forced to play the 4 rail first and does so coming around 3 rails for the 5 in the side. There are no foreseeable problems in the rack and he should get out. He does tying it up again at 4-4.

Silver Member
So far each player has won their own break and most were bnrs. Gorst breaks and makes 2 balls on the break. This time the cb gets away from him a bit but leaves an open shot on the 1 which tracked to the corner again. The 3,5 did tie up so he'll have to come up with a way to deal with that.

Ohhhhh. he slightly overcuts the 1, still making it but making the cb come tighter and lighting behind the 4, leaving him no shot on the 2. He is forced to kick at the 2. Since the 3,5 are tied up he elects to come 3 rails behind the 2 to minimize the chances of breaking it up but after kicking the 2 down table, the cb finds the side pocket giving Gomez bih.

The 2 is quite far from the 3,5 but the 3 does have a hole in the side or in one corner on the other end of the table, but he'll be forced to play short side shape.

He comes in at the right angle but it has a little too much juice and after clipping the 10 heads over to the corner pocket leaving him no easy shot or safe.

He could cut the 3 ball down table and use outside to come off the long rail back behind the 5 of the 10. He elects to just send the 3 down table, trying to slide the cb behind the 9 or the 4 but leaves a full ball look at the 3 for Gorst.

Gorst plays the 3 two rails and the cb 2 rails attempting to use the 7 for a blocker. Gomez is able to thin the 3 and partially hide it from the cb behind the 7. Gorst can see enough of the 3 to return the favor.

Gomez kicks from the behind the 3 and sends it down table leaving the cb obscured from it by the 5.

Gorst attempts to two rail kick at the 3 with inside, but doesn't use enough inside and misses the 3 giving bih to Gomez. This may be the break Gomez needed to steal a break from Gorst and take the lead for the first time in this match.

This is reminding of the story of goldilocks because this time he hit it JUST RIGHT. He finishes the rack to take the lead.

Silver Member
They're on a break. Gomez is now up a game AND breaking so we'll see if Gorst can manage to take back control of this match.

Gomez breaks and makes one ball on the break, again a loose break letting the cb bounce around but with good results for Gomez. He should be out this rack.

Gomez is forced to play the 3 in the side and carom off of the 10 to hold the cb for the 4 but does so marvelously. He manages to get out to get on the hill.

Silver Member
Gorst is up to break, but he'll have to win this one and take Gomez's next rack to even get to the hill.

Gorst breaks and makes 3 balls on the break, but a little less controlled. The cb was relatively fine but the 1 didn't track down to the corner like it usually does and Gorst is forced to kick at it, since the 8 is in the way.

The 4,5 also got tied up. Gorst called and played an amazing kick shot on the 1 into the side, but now has no shot on the 4 which is partially hidden and tied up with the 5. I don't see an easy safe here. He could cut the 4 into the 10 and come around table. Instead he fires at the 4 and misses it completely giving Roberto bih.

After making the 4 in the side, there are no problems left on the table and Gomez should be able to close it out. He does take it down.

Silver Member
Glad to see Gomez snap it off. Gorst is elite and has enough big wins.

gxman said:
Glad to see Gomez snap it off. Gorst is elite and has enough big wins.
Click to expand...

Not often you get to say that about a 21 year old, but you're right. Fedor has already won the World 9-ball and the European 9-ball Championship.