rjb1168 said:
Correct me if I am wrong, but I thought it took John 2 - 3 weeks to break Mosconi's record. John would
not beat Shaw's record in a week of trying on the same table!
Click to expand...

half a yr i think is closer 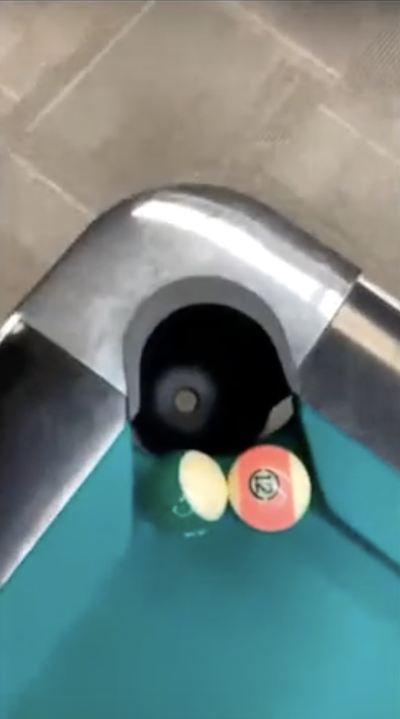 Radar, “I will not miss”_rote

Texas Carom Club said:
half a yr i think is closer
Click to expand...

79 playing days 1100 break and run attempts, two different playing venues, one and the same rack man for the entire duration. Oh what a web we weave.....
T

xradarx said:
79 playing days 1100 break and run attempts, two different playing venues, one and the same rack man for the entire duration. Oh what a web we weave.....
Click to expand...

Gold Member
Silver Member
So what 5" pockets, what size were Mosconi's & John's.

Texas Carom Club said:
2.5 months ok not half a year
Click to expand...

Let Jason try for that long and he would run 1000!

Silver Member
Filler would run a 1000 on this table. He plays 14.1 WAY smarter than Shaw. I watched him run 209 on Alex P. on a ProCut Diamond and he made it look EASY.

garczar said:
Filler would run a 1000 on this table. He plays 14.1 WAY smarter than Shaw. I watched him run 209 on Alex P. on a ProCut Diamond and he made it look EASY.
Click to expand...

I'm glad Jayson ran his number - but I had Filler booked to be able to beat 526 and 626 in this event. I also really want to see Ruslan back at the table.

garczar said:
Filler would run a 1000 on this table. He plays 14.1 WAY smarter than Shaw. I watched him run 209 on Alex P. on a ProCut Diamond and he made it look EASY.
Click to expand...

He's coming so we will see, he's another great shot.

Not that anyone here cares about my opinion, but I will say that in combination with newly installed Simonis cloth, this would account for extremely favorable but certainly acceptable pocket specs for a 14.1 high run record, given that there are no set standard specs.

That said, these are certainly not acceptable for pockets any pro level player would ever choose to play or practice on, unless of course they were attempting to set a 14.1 high run world record.
Last edited: Jan 19, 2022

Scotsman Jayson Shaw, 2010 World Blackball Champion, will be up next to attempt 14.1 high runs at Street Light Billiards Academy in the Legends of Pocket Billiards 14.1 Challenge, perhaps as soon as this week -- exact date and time to be...
forums.azbilliards.com
Last edited: Jan 19, 2022

Silver Member
I just made a ridiculously long post discussing some of this: Shuddy’s take on 14.1 high runs

But here’s my final thoughts on it:

BUT HERE IS THE MOST IMPORTANT POINT WITH REGARDS TO THIS ISSUE (I pressed all the options for this text!!)

People discussing pocket measurements and angles are doing so if there is some kind of standard to be adhered to regarding solo exhibition high runs in straight pool. To my knowledge, there is no such standard. When the BCA reviewed Schmidt’s 626 footage, what standards did they use to assess the validity of the run? Did they have the exact measurements and angles of the pockets on his table? When for decades we accepted Mosconi’s 526 as the official high run, what standards did we apply to our acceptance of that? As we accept Florian’s cue ball spinning on the spot for 40 seconds, what standards do we apply to that? Do we know how heavy his cue ball was or what kind of cloth he used?

American pool has enough trouble applying standards to it’s most popular formats, and just as much difficulty making the game a professional sport, but somehow, people think they have enough information about both tables in question to determine one run’s validity over the other based on some kind of intangible standard they’ve created for the acceptance of solo exhibition straight pool runs.

Finally, from my point of view, here’s what matters.

Jayson Shaw, in this last week, has displayed a ruthless bullheaded focus and persistence that I’ve never witnessed before, culminating in a 12 hour session that ran from 9PM to 9AM, with his final inning resulting in the consecutive potting of 714 balls. Jayson Shaw set himself a target of beating 500. When he missed on 200, 300, and 400, he didn’t even falter. He pulled the balls out of the pockets, picked up his cue, and started again. He couldn’t even bring himself to drive away from the table, turning his car around, checking his family back into the hotel, and coming back to the venue for one final push. After his run of 714 balls, he had blisters on his fingers and he commented to the viewers that they would not believe how sore his back was. The improvement he displayed from day to day, even session to session, was obvious to anyone with a rudimentary knowledge of the game. He too must have battled demons that tried to stop him, and he too overcame those demons.

Pool is a sport of determination, will, endurance, physical and mental precision, doubt and fear, confidence and certainty, elation and despair. And both John Schmidt and Jayson Shaw experienced all of these things in the pursuit of their goal. They are both Legends of the Game that we all love.

Thank you, John Schmidt, for doing what many thought was impossible in the modern age. Thank you, Jayson Shaw, for inspiring me and I’m sure many others with your incredible display of determination and downright stubborn refusal to give up. And thank you to Street Lights and Legends for giving us railbirds the opportunity to enjoy every moment of this event.

This is pool distilled; one man and a table

With pockets that big, I'd say, hell, invite Stevie Wonder and Ray Charles to come and play, but I know Ray passed away years ago

Scotsman Jayson Shaw, 2010 World Blackball Champion, will be up next to attempt 14.1 high runs at Street Light Billiards Academy in the Legends of Pocket Billiards 14.1 Challenge, perhaps as soon as this week -- exact date and time to be...
forums.azbilliards.com
Click to expand...

You measure a pocket opening from point to point, not from inside the pocket from one side to the other, learn something! The screen shot just posted shows a pocket opening to be from 5 1/4" to 5 1/2" wide at the mouth, not 5".

I am Keyser Söze

Silver Member
This whole thing might be the greatest most epic troll in pool history.

And everyone is having a meltdown!
Gotta love the pool world.
What a bunch of siissy crybabies!
HAHAHAHAHA!

Silver Member
But I will say this, huge pockets only play a role in the pocketing of the balls, and has nothing to do with breaking out the rack, having a shot after breaking the rack, avoiding scratching on the break, which is much easier to happen. Huge pockets have no bearing on focus, determination, and the confidence to believe you can keep pocketing balls without missing. To be fair, Jayson did all that and ran 714 balls, congratulations. Problem now is, unless played on this specific table, or a table mirrored to this table, any attempts to try and compete and challenge the high run record are going to much harder to achieve without the help of THIS table, so what you have here is an exclusive playground, a one of a kind.
Show hidden low quality content
You must log in or register to reply here.
Share:
Facebook Twitter Reddit Pinterest Tumblr WhatsApp Email Share Link
Top