Silver Member
Hello my azbilliards friends. I have missed hanging with you guys but I have been working on two more books. Not pool related. Sorry.

I'm reaching out with a breaking heart to ask any of you who know Billy Mack to call him. Only a few months back he was diagnosed with advanced stomach cancer. He has fought it furiously and just when it stabilized they found it had moved to his brain. His life is now measured in weeks.

My friendship began with Billy in the 70s when he would bet on me (Never lost once, "Brag, brag.) In the past few years we have become close again. Every few months he would come down to Tucson from Phoenix to practice with me for a few days. He was a pretty solid player for one of us working stiffs. Don't leave him a bank.

God damn cancer. I love the guy. Nobody I know has ever heard him speak badly of anyone. The world is losing one of the good ones.

Billy's number is 602-471-0703. He lives alone and a minute or two of concern or cheering up from anyone he knows would go a long way.

The clock is ticking. Alfie Taylor

Silver Member
Don't post someone's private number without their consent. Trolls will blow up his phone day and night.

Does your friend know ? 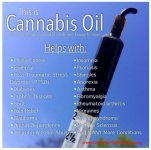 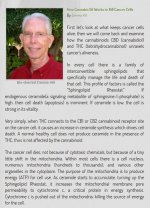 The guy who made the oil is Rick Simpson.

AND he just wants to tell everybody how to make it and take it.
So you can rule out bad intentions for profit !

Somebody please tell Freddy the Beard, he needs oil now too.

Silver Member
I understand what you say but have you been with the guy? Privacy isn't what he's looking for. He's alone. How would his friends in the pool world, from up the past 40 years be able to say good-by to him? Smoke signals?
And, what makes you think I wouldn't have his permission.
And, don't you sign your letters when you challenge someone?
Alf Taylor
I

Silver Member
Sorry to hear this about your friend Alf, I don't know him but,
I wish him the best in this time.

Alf Taylor said:
I understand what you say but have you been with the guy? Privacy isn't what he's looking for. He's alone. How would his friends in the pool world, from up the past 40 years be able to say good-by to him? Smoke signals?
And, what makes you think I wouldn't have his permission.
And, don't you sign your letters when you challenge someone?
Alf Taylor
Click to expand...

No I haven't been with the him. I don't even know who he is.

They could PM you for his phone number. Smoke signals would work too, but only from a distance of about twenty miles or so. After that they would be too far over the horizon, less if he lives amongst tall trees. Plus his friends would have to learn how to communicate using puffs of smoke as a means of communication. You're idea is admirable but it may be a little impractical in my humble opinion.

If you have his permission, just say so. I wasn't trying to bust balls. My first post was an honest attempt to protect your friend from Internet idiots. That's all. If you had said you had his permission to put his number on the net, I surely would have believed you. Ultimately, it doesn't matter to me either way. I was trying to help.

I've never challenged anyone via letter. I don't understand what your talking about or how that pertains to my last post.

Anywho, I think maybe we're going on a tangent unrelated to the original intent of this thread. I hope your friend finds peace and comfort in his health difficulties.

let's get a joint effort and send thousands of prayers for billy Mack !!

Silver Member
I met Billy Mack when I moved to Phoenix, in fact Billy introduced me to Alfie at Kolbys. Alfs right , you couldn't meet a nicer guy.
He loves pool and spins his cueball with the best of them .
Thanks Alf.

Silver Member
My apologies to you. Let's pray for a painless passing for Billy.
Alfie

Silver Member
Billy Mack is a great guy. He always would have a smile and kind words, a true good guy along with being a solid player. If you are reading this Billy I wish you the best and hope this turns around for you.

Silver Member
Thanks for posting this, Alf. I probably wouldn't have learned of Billy's condition, otherwise. I'll call him first chance I get.